The Lionheart actor shared a picture of himself on Instagram on Sunday.

He said he was thankful to God.

“74 today! Grateful and thankful to God Almighty. Thank you for your prayers and wishes,” he wrote. 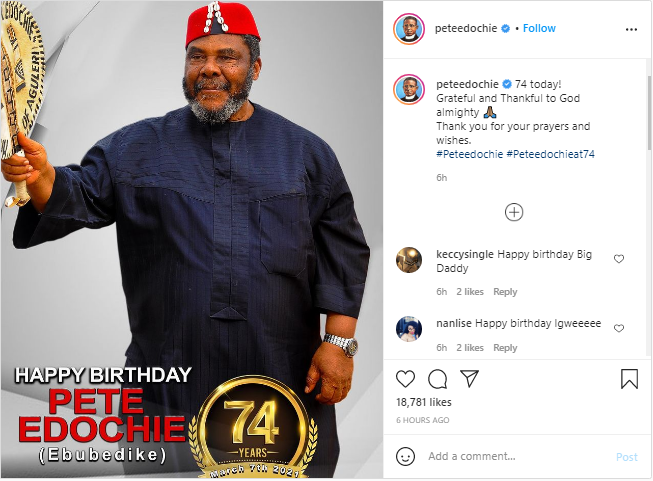 His son Yul Edochie also celebrated him on Instagram.

He described his father as a legend.

“Happy birthday dad @peteedochie many more great years I wish you,” he wrote. 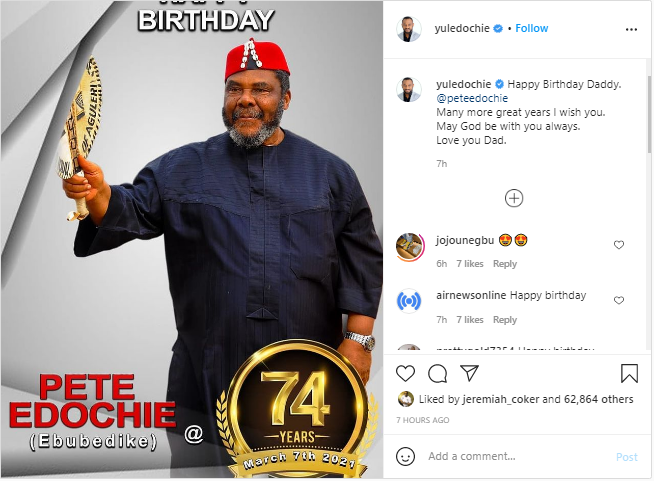 Pete came into prominence in the 1980s for playing the lead role of Okonkwo in an adaptation of Chinua Achebe’s bestselling novel, Things Fall Apart.

Osuofia took to Twitter to pay tribute to his late friend whom he referred to as a ‘mentor & an inspiration to actors’, saying that the Nollywood industry lost a rare gem through his death.