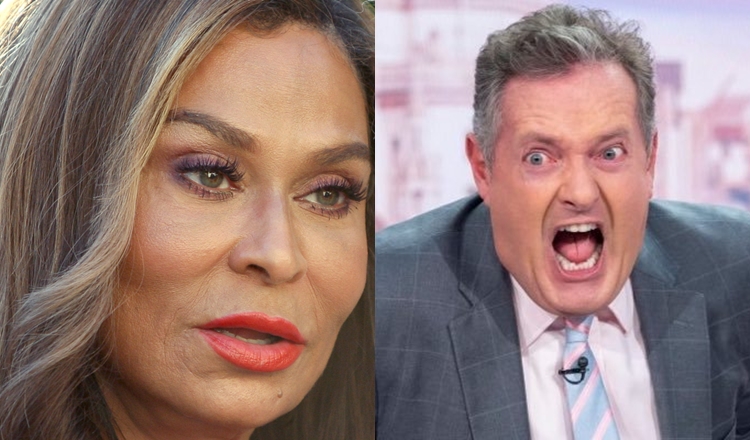 After severely bullying Meghan Markle, following her interview and walking off live TV when his co-host called him out for it, Piers Morgan has been slammed by Beyoncé’s mother, Tina Lawson.

In her caption, Tina pointed out that Piers can drag Meghan Markle but can’t stand being dragged by someone else.

She called him out for not caring about Meghan’s son, Archie, and asked if Piers is 5 years old.

So Piers stormed off because he can dish it out but he can’t take it.

Is he 5 years old or what!!!!!!! No concern for Archie whatsoever!!! Looks to me like he’s saying. How dare this black man reprimand me . On national tv .
Only I can do that” I can drag Meghan But you cannot call me out!!!’ Morgan has always felt superior White and British at that !!! !!! He has always felt his White privilege !!
He is showing his true colors literally!!!!
They better not come for Alex for telling the truth!!!!! 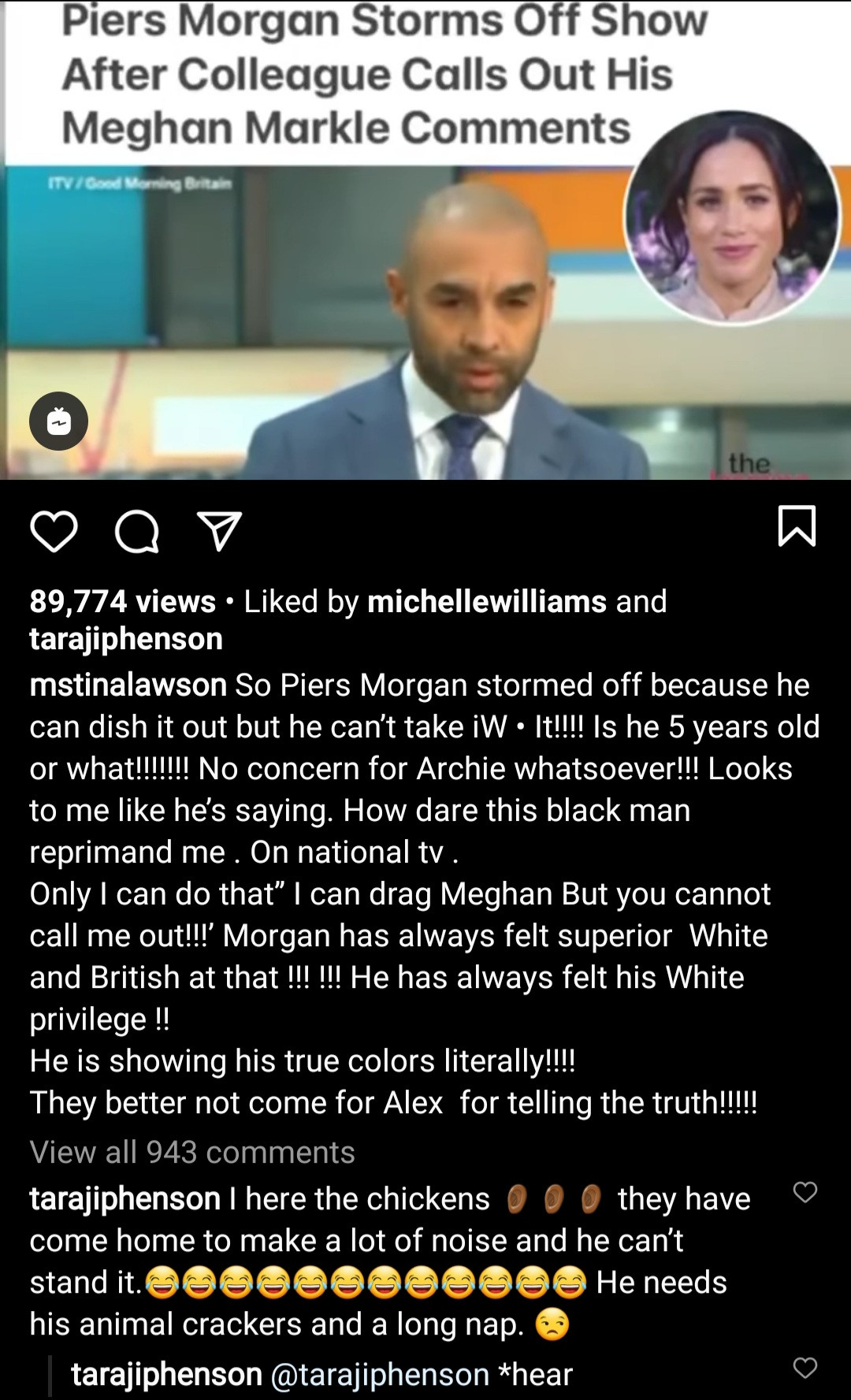 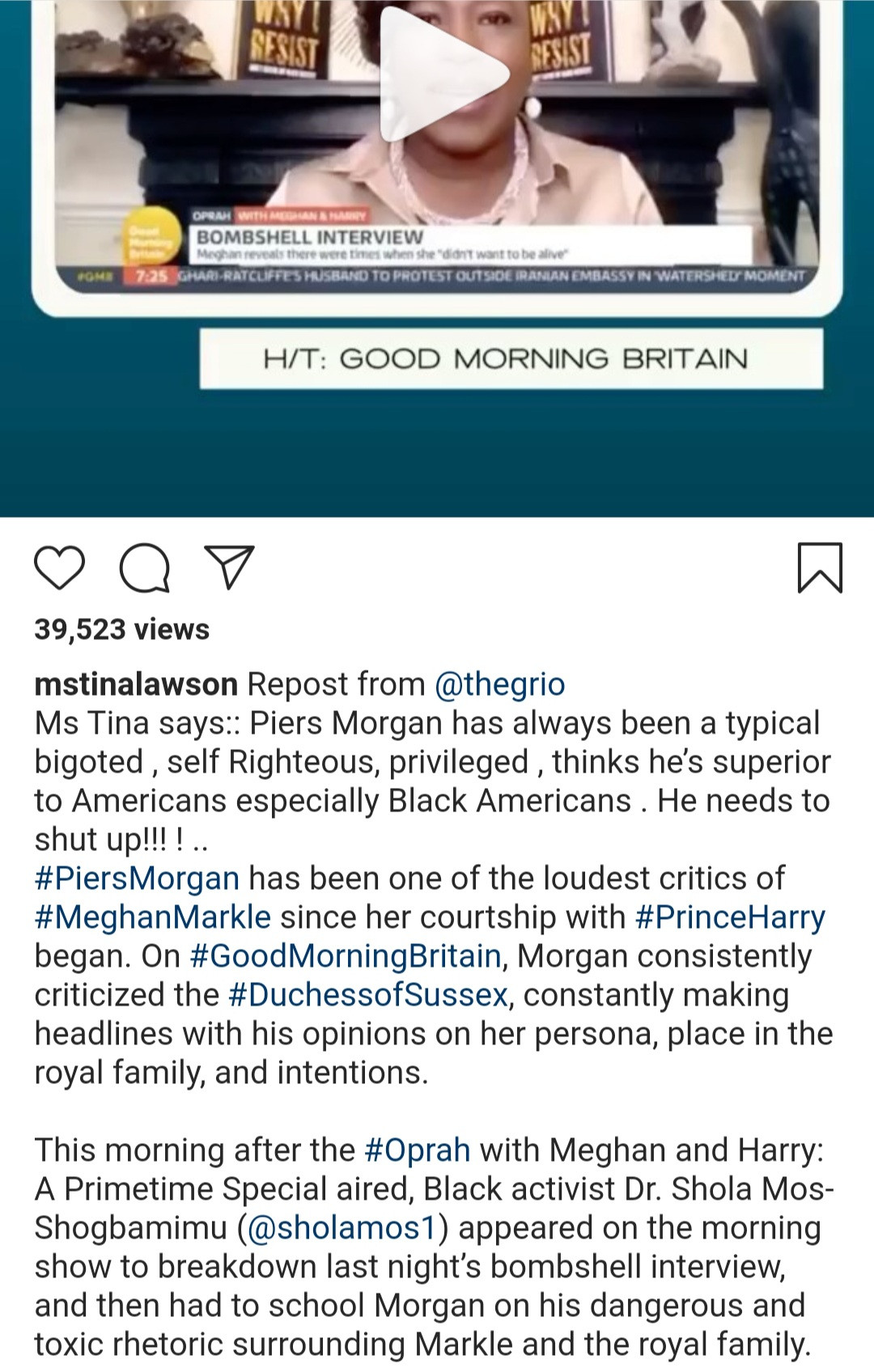