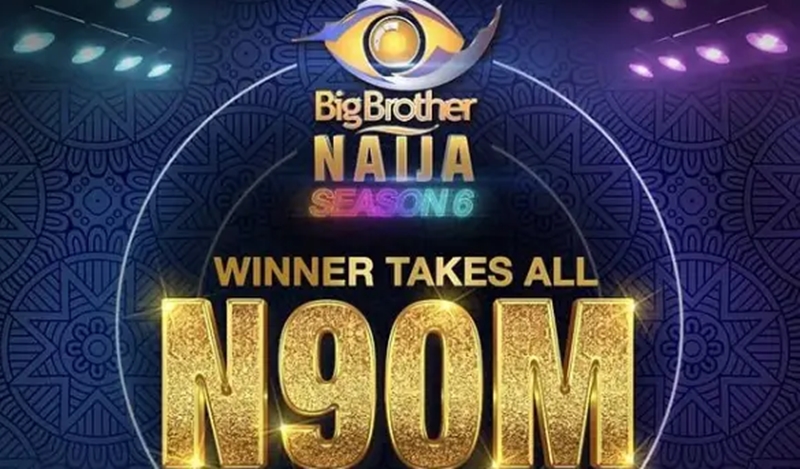 After the announcing the 2021 edition of Big Brother Naija, BBNaija, organisers have declared that auditions will soon begin for season six of the reality TV show.

DSTV made this known in a statement on its official Twitter handle on Wednesday.

Organisers announced a grand prize of N90 million for the winner of season six.

Also DSTV will be offering its customers on its DStv and GOtv platforms the opportunity to be among the first to be auditioned for the sixth season.

The tweet read: “Get an early access to audition for BBNaija! Renew your DStv subscription (Between March 24 & March 31)

“Email your name and smartcard number to africamagicevents@ng.multichoice.com, to receive a unique website link!

This means Nigerians with a valid Nigerian passport, will get an early audition when they subscribe on either DStv Premium, Compact Plus, Compact, Confam, Yanga package or on GOtv Max or Jolli package between Wednesday, March 24 and Wednesday, March 31, 2021.” 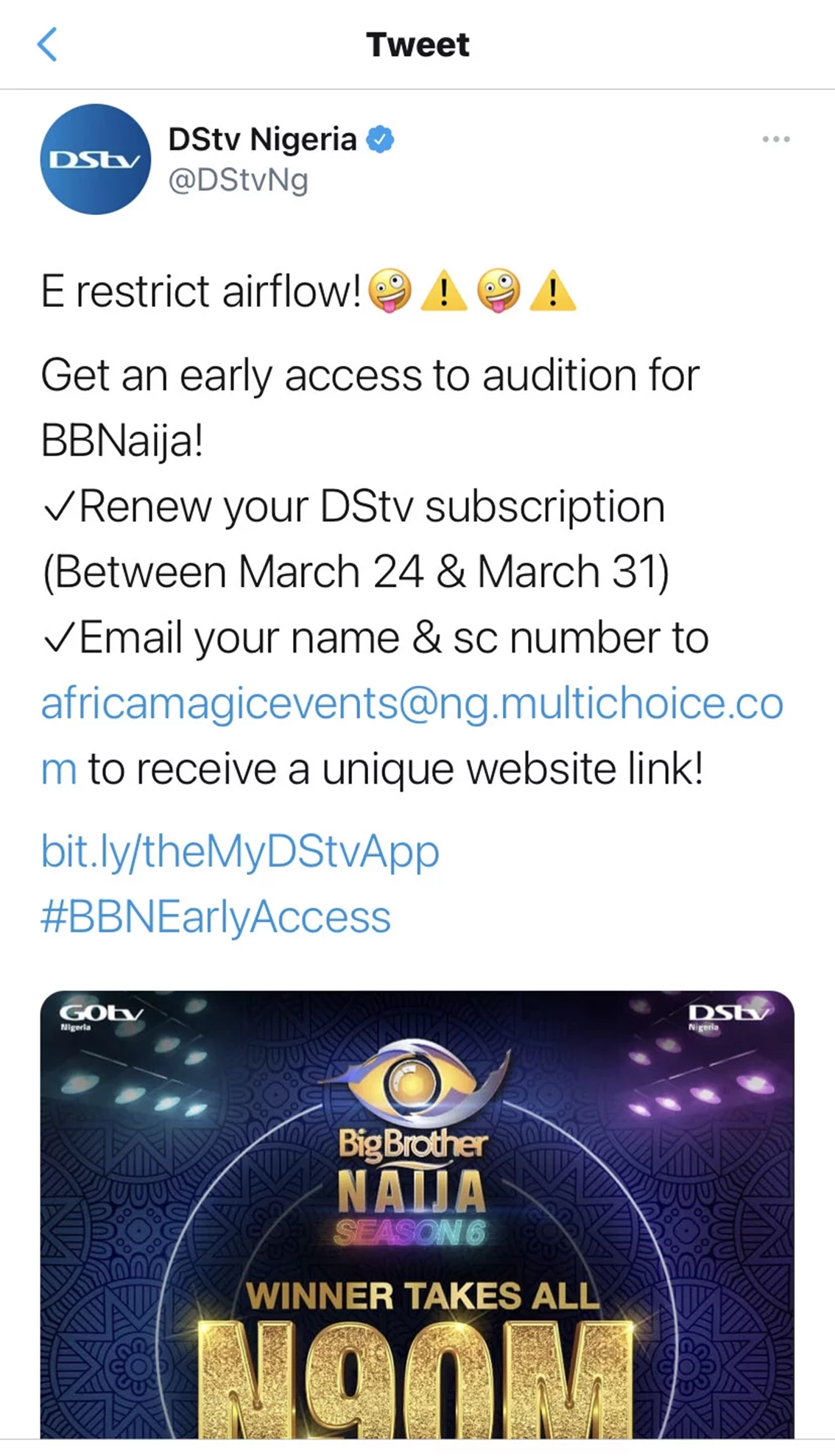