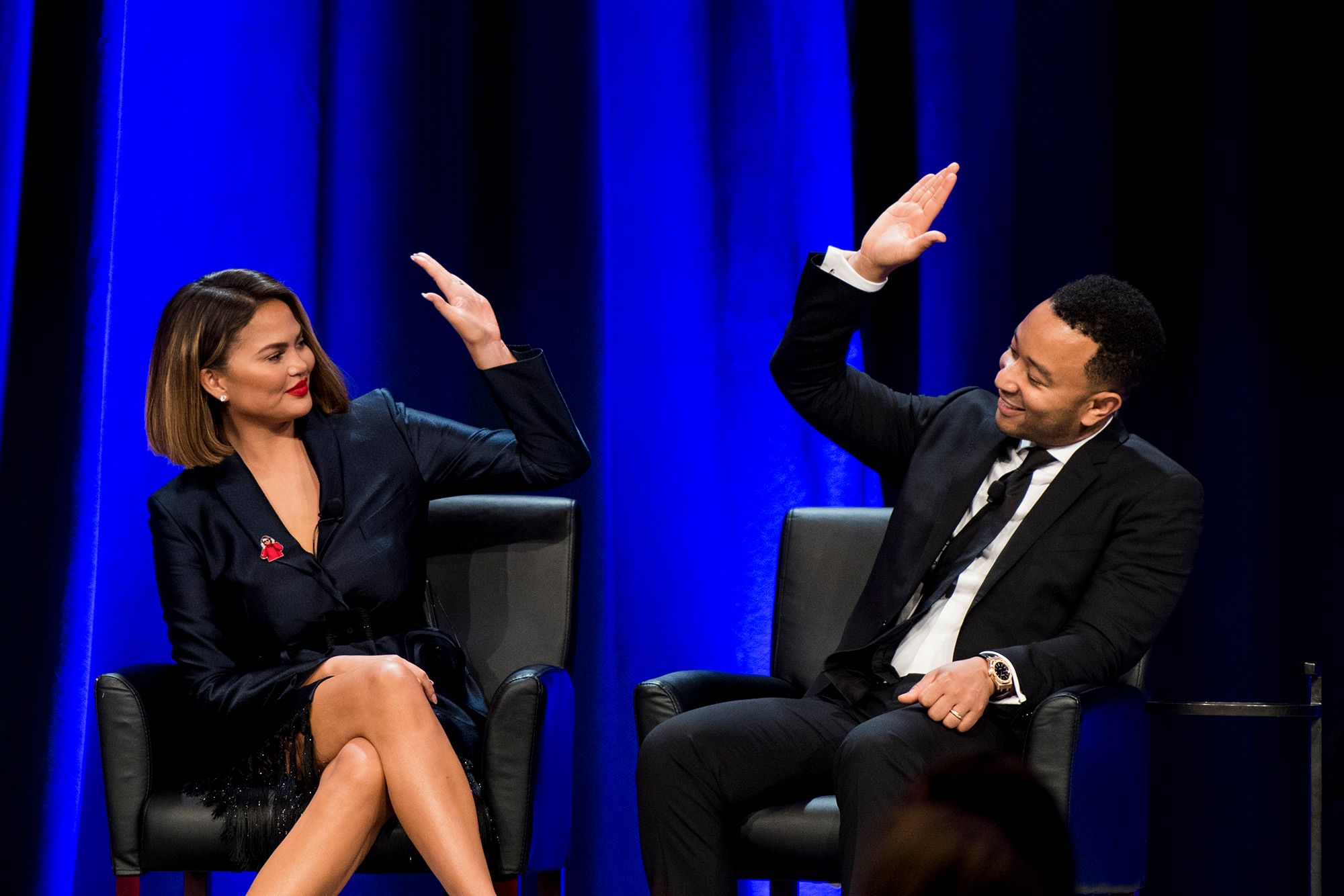 Chrissy Teigen has never been one to hold back, and that’s precisely why fans absolutely love her.

Chrissy has revealed that she and her husband, John Legend have had sex at a host of ‘strange’ places, the Democratic National Convention and a public plane inclusive.

The supermodel and mum made the revelations to TV host and comedian, James Corden during a game where she could either reveal the strangest place she’s ever had sex — or eat “bull penis.”

And she chose the former.

“… One time at the Grammys I had said, ‘We had sex at that Obama thing.’ And that came out wrong, because what I actually meant was, it was that Obama thing, but wasn’t like with them or near them … I believe it was at the DNC, actually,” she said on “The Late Late Show.”

She said they had sex in the bathroom but that’s not the only public place they have had sex.

Teigen, 35, also revealed other places she has gone down with Legend, 42.

“It was a while ago. I mean, I can fire these off if you want, I can say [clothing stores] Ron Herman, Fred Segal, boom, boom, boom,” she added.

“On a plane. Not even private, James!” Teigen added. “Public.”