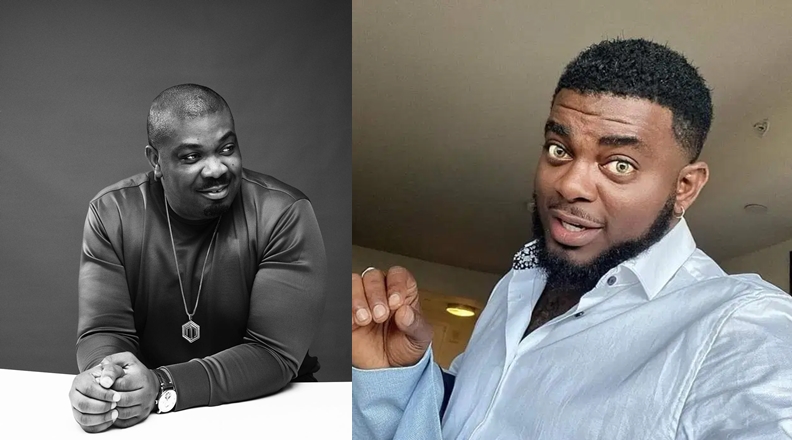 Nigerian singer, Kelly Hansome has caused a buzz after he revealed what music producer, Don Jazzy, did to him.

Recall that during an interview with Bounce radio, Don Jazzy stated that he has never done badly by anyone, and if there is anyone who claims that he has, one way or the other, done them bad, let them step forward and say so.

Countering his statement, Kelly Hansome, took to social media, in a now-deleted post, and cried out that the ace music producer skipped the time he  got SARS to arrest him and his girlfriend  and had him moved from Kano to Abuja in handcuffs.

Not only did he claim to have been arrested by Don, but he also added that Don Jazzy intimidated him with his dogs at some point in time.