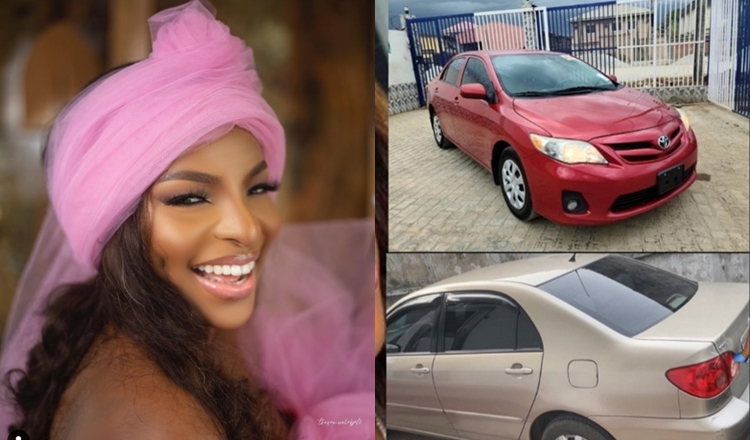 BBNaija star, Wathoni, thanks God as she buys her mom and dad a car each

Big Brother Naija ex housemate, Wathoni Anyasi is thankful to God for her ability to buy cars for her parents.

The reality star won the heart to her parents and also some social media users, after the mother of one bought her father and mother two cars barely one year after she left the reality show.

According to Wathoni, Family is key to her and within 6 months, she was able to buy her parents the cars.

Taking to Twitter to say this, the reality star wrote;

“Super thankful to God that in a space of 6 months I could do this for both my Mom and Dad. Family is super KEY to me”