Safaree Samuels and Erica Mena‘s home was robbed over the weekend and they are asking for the public’s help to find the people responsible.

The “Love & Hip Hop” stars took to social media and posted photos of a man wearing the jewelry (Safaree’s chain that was fashioned in the image of his daughter, Safire Majesty- which is one of the items stolen from their home) as well as a photo from their surveillance camera.

The robber shared a photo of himself wearing the chain with a caption that reads, “This a celebrity chain. Don’t ask how we got it.”

Unfortunately over the weekend my house was robbed. There is now a $20,000 cash reward to anyone who can lead us in arresting all those involved. You can remain anonymous please DM me or Safaree. 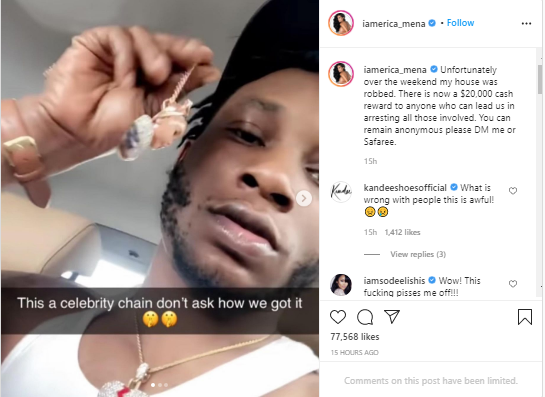 My house was broken into over the weekend. Long story short 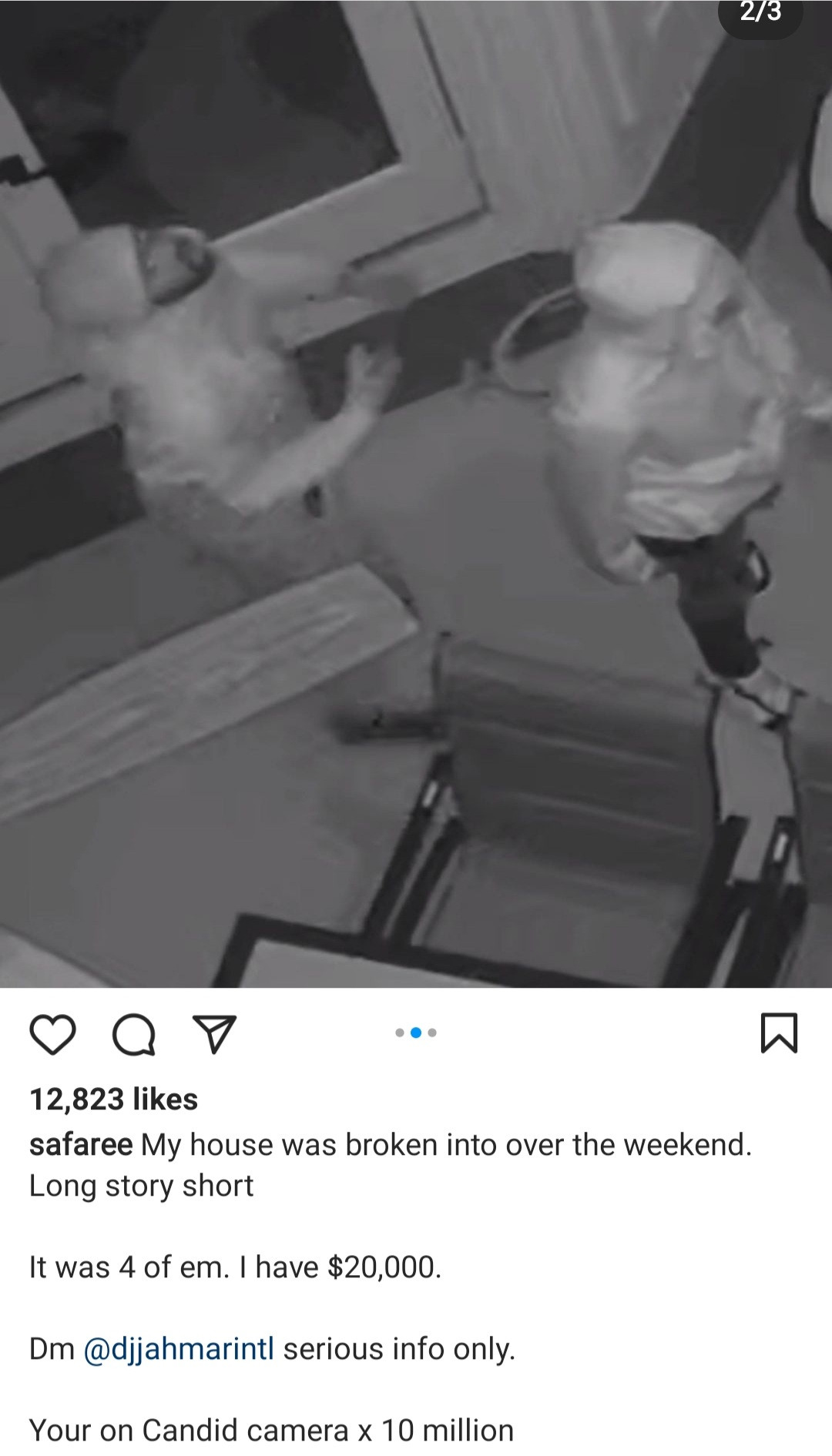 Erica Mena has returned to social media with another update a potential suspect involved in the robbery, a stripper named “Christy Mahone” with an extra $10, 000 reward. 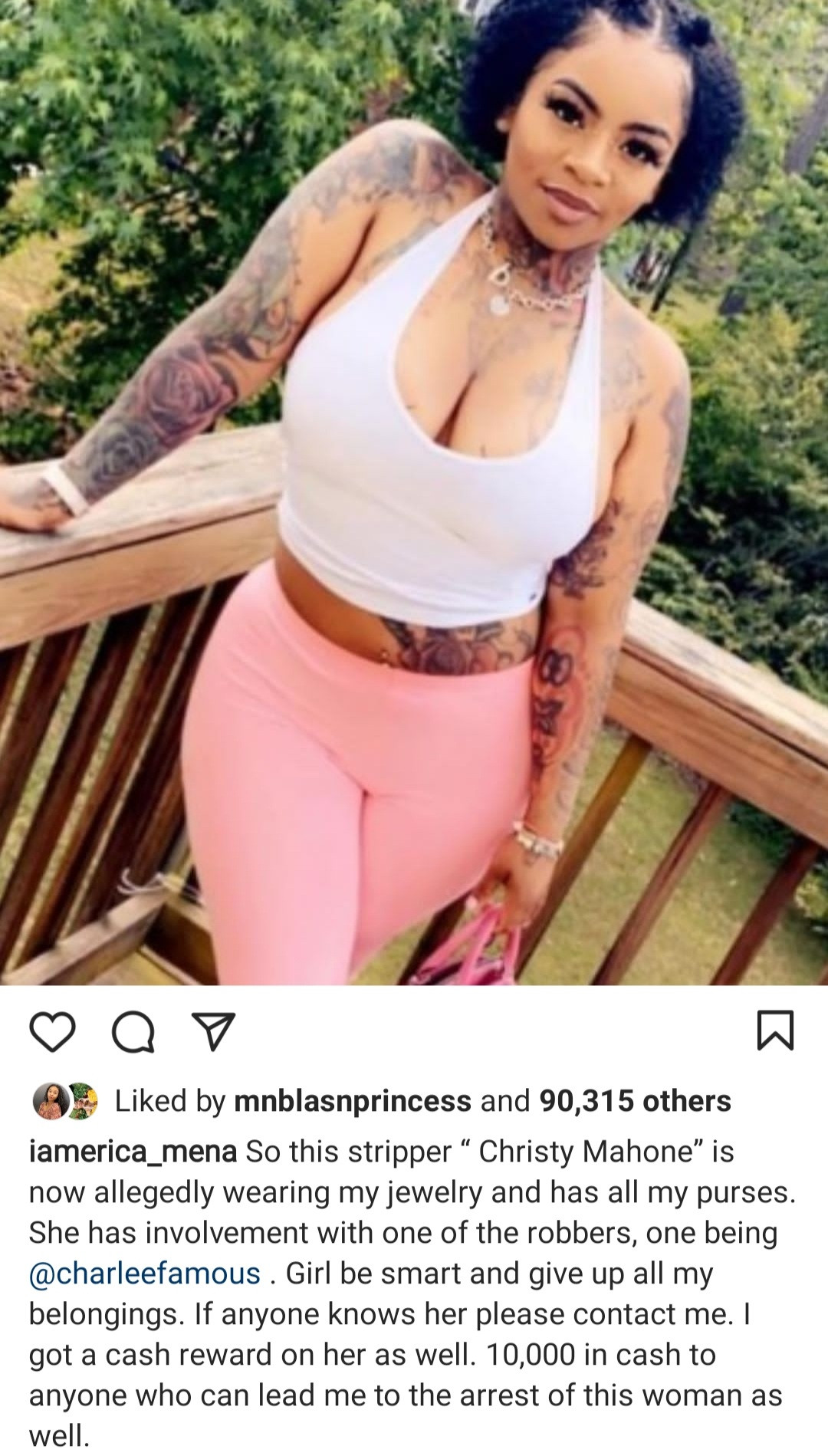 Erica Mena celebrated the forthcoming arrival of she and Safaree’s second bundle of joy over the weekend in a joint baby shower with Bambi, Lil Scrappy‘s wife.