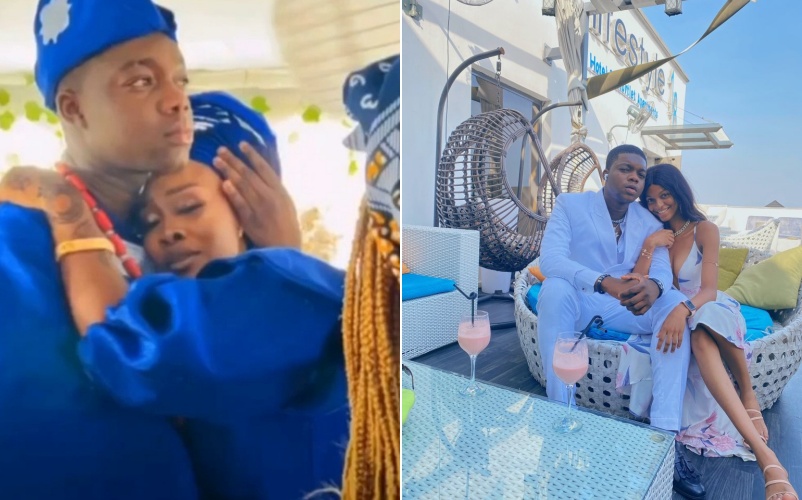 This comes after the IG comedians made people believe they were in a relationship after they shared posts in December 2020, insinuating they were engaged. They also shared series of videos of themselves together so their fans were left in shock that Adeherself wasn’t the lady Cute Abiola tied the knot with on Friday.

However, Adeherself has denied dating her colleague, stating that the photos and video of them together were just for content and not real.

She also debunked rumor that she was once engaged to Cute Abiola, says it was all acting. She added that she and Cute Abiola are “good friends and still will be.” 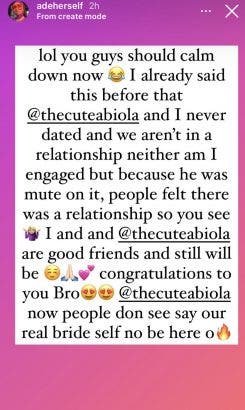 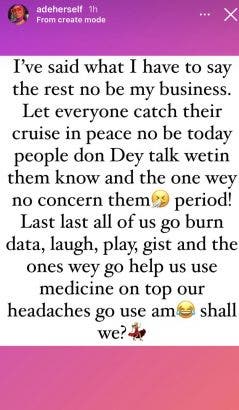