T.B Joshua Biography: Profile of popular Nigerian prophet, net worth and controversies that surrounded him

Temitope Balogun Joshua, popularly known as T.B Joshua; is a well known Nigerian clergyman, the founder and Senior Prophet of the Synagogue Church of All Nations (SCOAN), a large church with its headquarters situated in Ikotun-Egbe, Lagos, Nigeria.

The SCOAN website said that Joshua stayed in his mother’s womb for 15 months before being born.

Joshua did complete one year in secondary school, dropping out and started working at a poultry farm.

While in school, Joshua was known and called ‘small pastor’ due to his love and knowledge of the Bible and also his ability to predict the future, according to SCOAN.

Temitope Balogun Joshua led the ‘Scripture Union’ during his time in school and in 1987, Joshua founded Synagogue Church of All Nations.

The church started with a handful of members but has since become one of Nigeria’s most influential churches, attracting over 50,000 people to its weekly Sunday services at the headquarters in Ikotun-Egbe, Lagos.

The church is popular even outside Nigeria. The cleric was popular across Africa and Latin America. He is famed for having Head of States, captain of industries, celebrities and dignitaries visiting his weekly services. 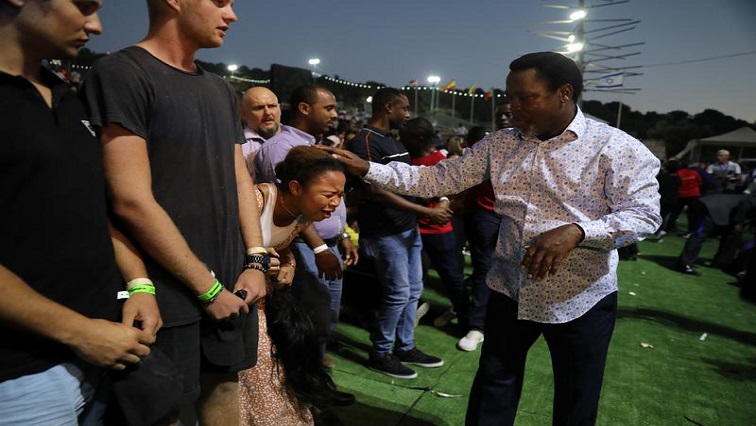 He also runs Emanuel TV, which broadcasts via satellite and Internet. He has affiliated congregations in Ghana, the UK, South Africa, and Greece.

T.B Joshua, in 2009, kicked off a football academy known as ‘My People FC’ as part of his efforts to help the youth.

Temitope Balogun Joshua was rated as third-richest pastor in Nigeria with an estimated net worth of $10 million – $15 million in 2011 by Forbes.

The cleric was heavily criticised due to the large number of miracles that happened in his Church during services.

Recall that in 2017, popular televangelist, Chris Okotie, accused Joshua of “shamanist practices,” But he did not, however, provide evidence to back up his claims. 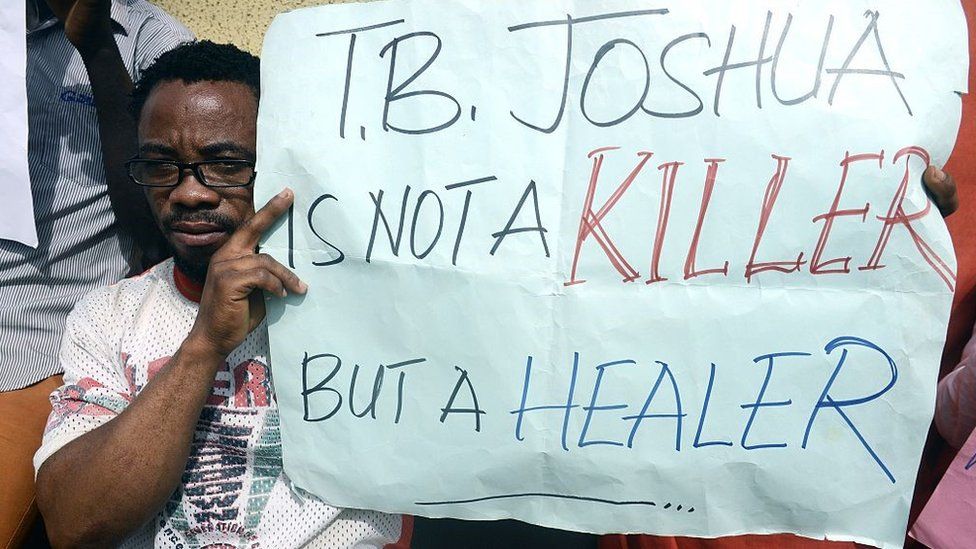 Joshua was always seen by fellow Pentecostal pastors and Christians as being unorthodox and the Pentecostal Fellowship of Nigeria (PFN) denied the Synagogue Church membership.

In April 2021, YouTube suspended Emmanuel TV channel from its platform, accusing the cleric of hate speech after the T.B Joshua was seen in a video casting out ‘gay spirit’ from his congregants.

Joshua and his philanthropy is widely known. He is known for offering scholarships to the poor, food items and cash as well. He even gave to Nations, for example, Joshua sent 4,000 bottles of the water alongside a cash gift of $50,000 to the Ebola-stricken nation of Sierra Leone. This came after Lagos State Health officials visited Joshua, requesting he publicly discourage Ebola victims from visiting his church for prayers.

He also did same for another African country during the COVID-19 pandemic.

The popular prophet T.B Joshua is famed for his many prophecies, many which do come true, here are but a few below:

Joshua earlier prophesized that “an African leader” would die in sixty days. In fact, the president of Malawi died shortly thereafter. He prophesied that another “African leader” will fall “critically ill’ and be hospitalized.

For Mugabe, who in 2012 reportedly suffered from prostate cancer and sought medical treatment in Singapore regularly, this “prophecy” is probably too close to home.

Temitope Balogun Joshua, died on Saturday, June 5, 2021. He died at the age of 57, a few days to his 58th birthday, after concluding a Church programme.

His passing has stirred reactions among members of his church and Nigerians in general, most of whom were shocked by the news.