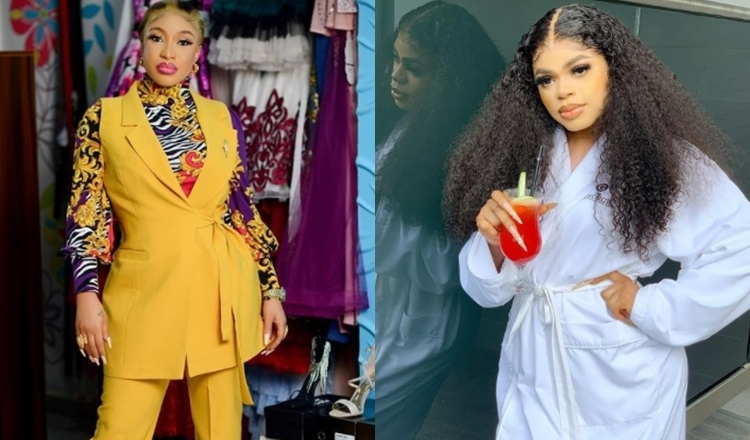 After unfollowing each other on social media, Nollywood actress, Tonto Dikeh and Bobrisky are fighting dirty.

The once cozy friendship between the two, suddenly became bitter and they both unfollowed each other on social media.

“A jealous demon may appear as a supportive angel. Be watchful,” the post read.

In a response, Bobrisky took to his Instagram stories to accuse Tonto of living fake life and owing him 5 million naira.

He also wondered how someone he used to call a friend would be owing him such huge amount of money and still had the guts to fight him.

“Lmoa, jealous?? Of who please?? Aunty please pay your debt.

“You are owing someone and still have the guts to fight them.

“Fear God aunty born again who smokes weed behind closed doors. Five million is not a small money and I have receipt,” he wrote.

She further revealed that her attention is expensive and she’s not the same Tonto people used to know.

According to her, “I don’t spend millions of Naira on leadership school fees in vain.”

“I have grown from what I used to be and right now I have a good head on my shoulders.

“Moreover I ain’t no longer a pig and I don’t associate with the mud.”