Thespian Iyabo Ojo has reacted to the death of a herbalist who went viral after condemning and threatening her with death for speaking against embattled actor Baba Ijesha.

WithinNigeria had earlier reported that the herbalist claimed the actress has been vocal against Baba Ijesha because the actor ‘didn’t settle her well’.

The herbalist said Iyabo Ojo’s involvement in the saga is personal. He also accused her of engaging in prostitution, mentioning her Abuja trips. He however said the actress will ‘suffer and die’.

When his death news got to Iyabo Ojo, the beautiful actress stated that no man can be against her because she has God by her side.

She wrote, “If God be for me, who can be against me? Nobody.”

The herbalist was announced dead on Friday, July 16, 2021. His cause of death was yet to be made public as at the time of this report.

Baba Ijesha was accused of raping a teenager who is comedienne Princess’ foster daughter. The case is still in court. 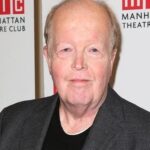