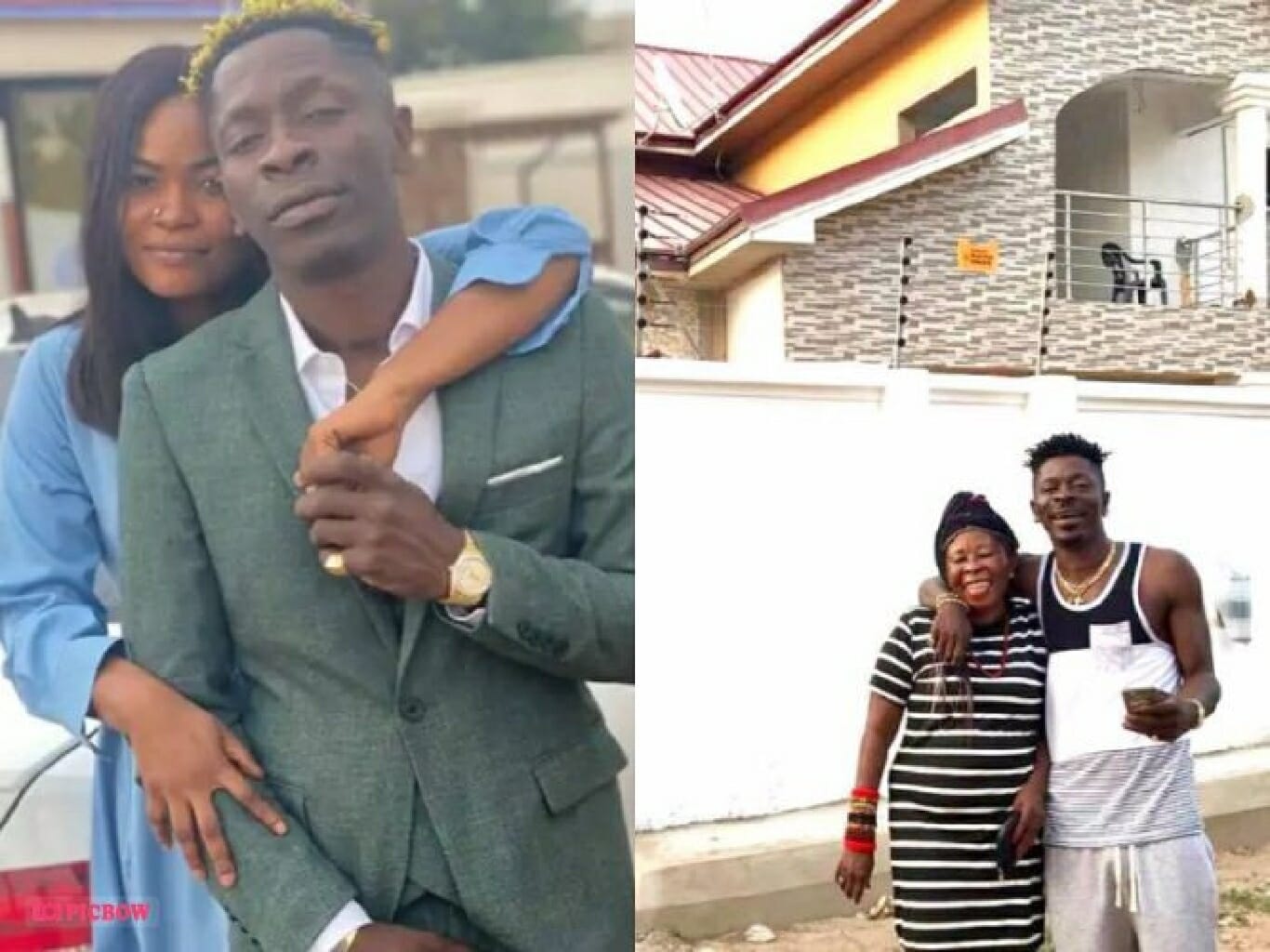 Magdelene Love aka Maglove has replied Shatta Wale’s mother, Elsie Evelyn Avemegah after she alleged that the singer’s girlfriend stopped her son from giving her money because she called her a witch.

Maglove accused Shatta Wale’s mother of fabricating lies to destroy her image even after paying her rent for some time.

WITHIN NIGERIA had reported that Shatta Wale’s mother, Elsie Evelyn Avemegah stated that she has not seen her superstar son for 3 years.

She alleged that her son’s girlfriend, Magdalene Luv told Shatta Wale to cut ties with her because she is a witch.

Reacting to this via a Facebook post, she shared a picture of the receipt of Shatta Wale’s mother’s rent, which she claimed she paid after the musician asked her to do so.

The Facebook post reads; We live in an environment where people try so hard to destroy someone with lies, but I know where all this frustration is coming from and the problem you have is not me.

I now understand why your son don’t trust you around him and always ask me to keep records of everything about you.

I paid your house rent few months ago but you have decided to lie against me because of little change, you sell your son out but i Pray and hope you succeed.

God no go shame us. I’m still Magluv and forever I will be 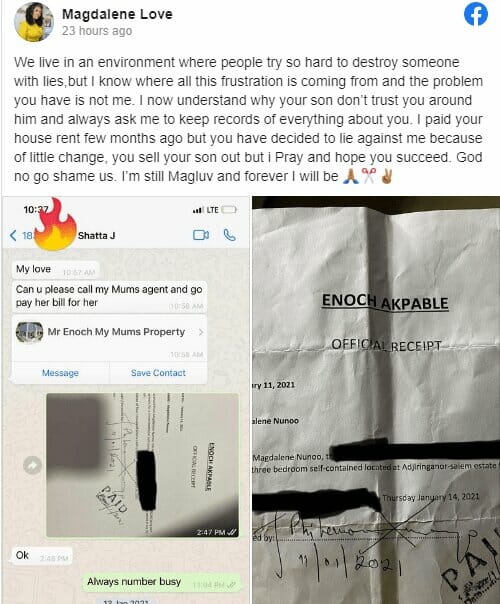