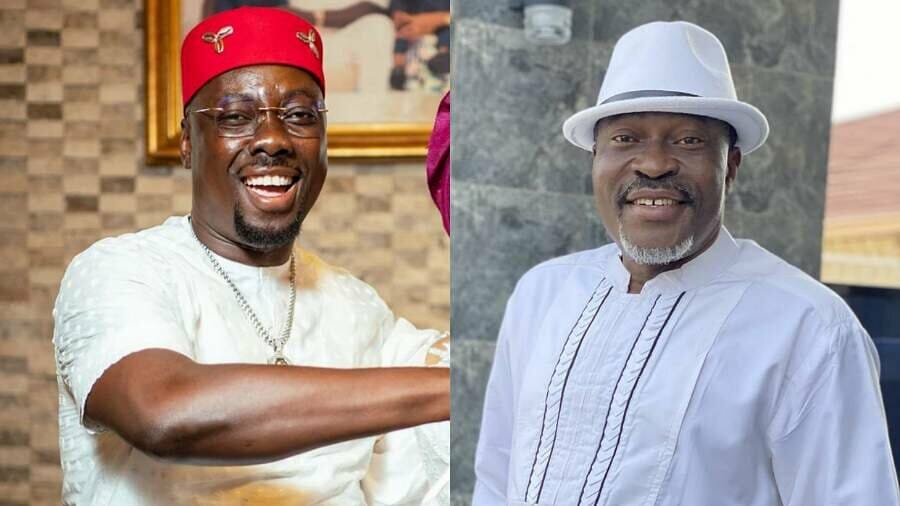 Veteran actor, Kanayo O. Kanayo has revealed why Chairman of Cabana Group, Obinna Iyiegbu popularly known as Obi Cubana was overwhelmingly supported by friends and associates for the burial of his late mother in Oba, Anambra state.

WITHIN NIGERIA had reported that Obi Cubana became talk of the town after he lavishly buried his mother over the weekend in grand style.

The funeral attracted several celebrities, businesspeople and politicians, who “sprayed”  huge amounts of naira notes at the event.

The actor stated that Obi Cubana was able to attract such huge support because he invest in people, adding that the investment in people is the greatest kind of investment.

Kanayo stated this in a video he posted on his Instagram page.

“Hello friends, we all become strong by lifting others. Impacting and investment in people is the greatest kind of investment.

“We all took out time to celebrate our brother (Obi Cubana) due to his support and investment in others. It was a burial but also a celebration of life for his mother.

“Now ask yourself how have you impacted others around you? Lessons from the burial; hard work and being selfless for others pays and Obi Cubana epitomises that.