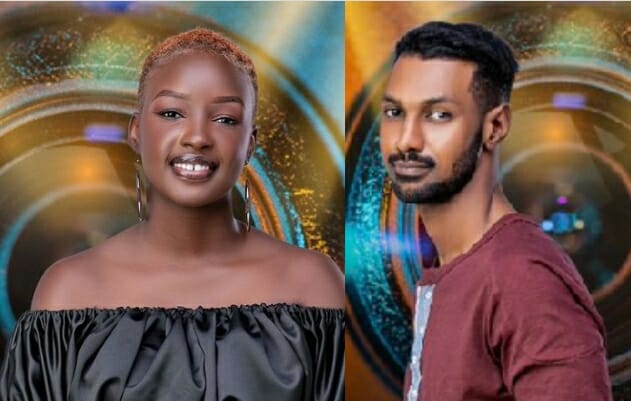 Love seems to be brewing in the air as Big Brother Naija Shine Ya Eye housemate, Saskay, has revealed that she’s attracted to Yousef.

According to the ebony skinned housemate she is attracted to him because of this personality.

Saskay said this during her Diary Session with Big Brother on Thursday, day five of the show.

In Big Brother Naija, a Diary Session is a one-on-one conversation with Big Brother, where you get to answer questions about your experiences in the house.

During the session, Biggie asked Saskay how she felt about Peace’s choice of Yousef as her Deputy Head of House.

Saskay said she believed that Peace chose Yousef because of his personality which is attractive to “every lady”.
“Yousef is the chilled, laid back guy. Every lady would want him because he is quiet. I wasn’t surprised that she picked him.

“He’s that kind of complicated person that you want to know about but he doesn’t say much so you may have to go a bit closer to him to know more.
“I think every lady likes a guy like that. Every lady is attracted to something they don’t know. So it’s a good choice.”

Then Biggie asked, “When you say every lady, does that include you?

With laughs and smiles, Saskay replied, “Yes, it includes me.”