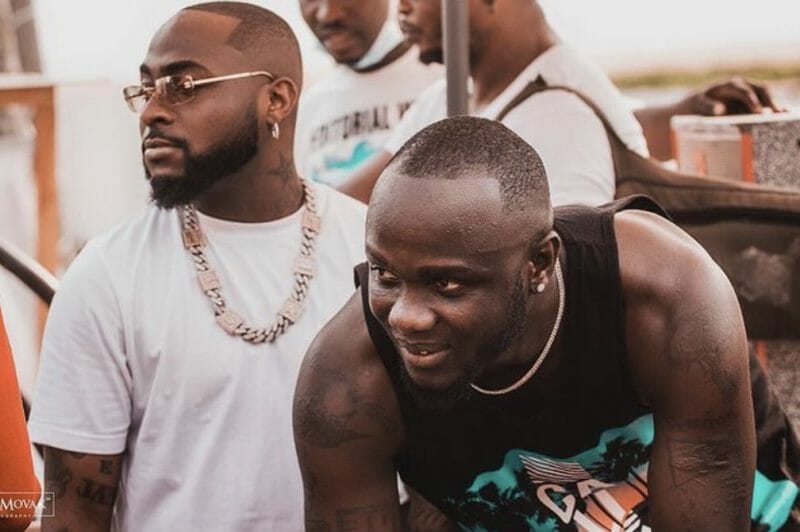 Why I still cry over late Obama DMW – Davido

And to keep his memory alive, the music superstar got a framed photo of both of them together and placed it in his living room.

In a recent post via Snapchat, Davido shared the photo showing a framed version of one of his pictures with the late Obama DMW.

In the accompanying caption of the post, the “Fem” singer revealed he still cries and misses “44” as they fondly referred to the late Obama DMW.

Sharing the framed image which displays late Obama and himself, the DMW boss wrote; “Water run for my eyes 44 mafo”. 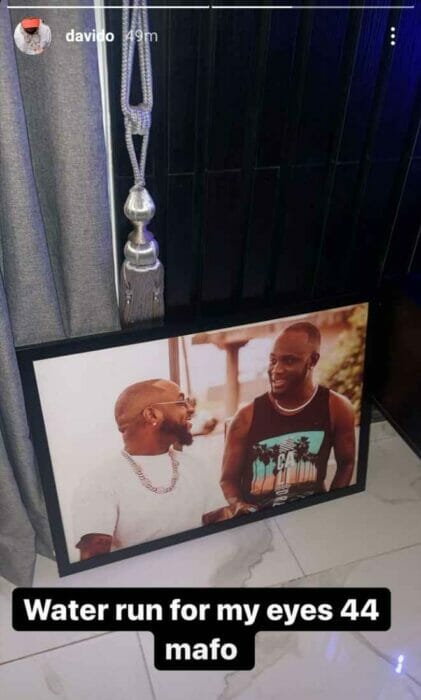 Obama DMW died on June 29 when driving himself to the hospital shortly after complaining of chest pain.

He was a very close friend of Davido and an integral part of his DMW record label.

The death of Obama greatly affected the “E choke” crooner which made him go off social media for a while.

When Davido finally came out of mourning, he wrote a lengthy piece where he recollected beautiful times spent together.

He eulogised his late friend and promised to fulfill every unfinished project the deceased left behind.