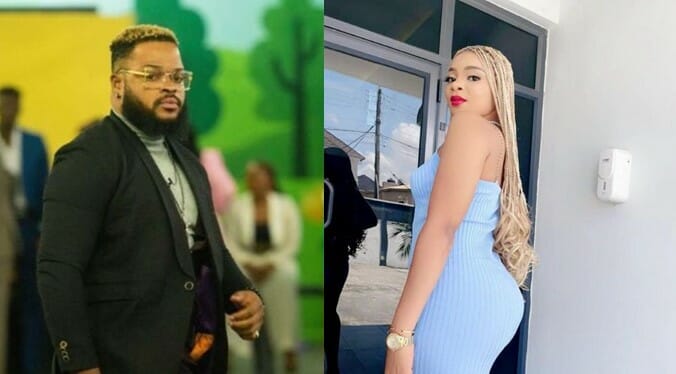 Big Brother Naija season 6 housemate, Whitemoney has opened up about his genuine feelings for his fellow housemate, Queen.

During a conversation with JayPaul in the garden on Wednesday night, Whitemoney disclosed how he genuinely sees Queen.

Queen had confronted him over his closeness to Jackie B, accusing him of not being loyal to her.

However, while having a conversation with JayPaul after the incident, Whitemoney said Queen doesn’t seem to understand that he sees her as a sister, adding that he genuinely wants to help her.

According to him, Queen is an over thinker, too emotional and lets things get to her easily.

“I have told her to stop thinking that I want to be with her in that aspect. I genuinely like her and I feel the need to help her. I’m not new to this game because I have been studying it and I know how it works but it’s not the same for her.

“The other day she was kissing and giving Cross a lap dance and I didn’t feel bad but Imagine if I was the one who did that, all hell would have been let loose.

“I know how I got her to loosen up and start associating with other housemates because I was like with the way she’s so attached to me, If along the line I leave, how will she cope?

“She still doesn’t get it, all I have for her in my heart is genuine feelings and nothing more,” he said.