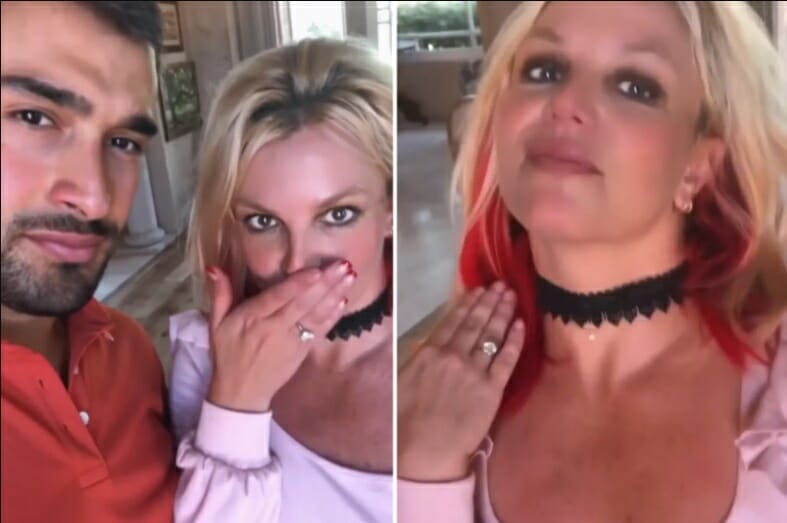 Following her engagement to her boyfriend, Sam Asghari, Britney Spears has decided to take a break from Instagram

Her absence made fans worried but she took to Twitter and wrote, “”Don’t worry folks … just taking a little break from social media to celebrate my engagement  !!!! I’ll be back soon.”

Over the weekend, Spears and her longtime boyfriend Sam Asghari announced that they were engaged.

Spears’ lawyer Mathew Rosengart also told Fox News in a statement that “it was her decision” to step away from the social media platform.

Meanwhile, a source told Page Six that “she’s happy and in a great place.” The insider added, “and silence can be a powerful thing and a powerful message.”

In her most recent Instagram post, the 39-year-old pop star shared an article titled “Infusing Education With Heart,” as she encouraged others who have been “confused or manipulated by a system,” saying “you’re not alone” and “you’re not crazy.”

“There are a number of reasons why a post or account may no longer be accessible from its prior URL, including, for example, if the person deleted their account,” they added.

Her Instagram hiatus comes just days after her father, Jamie Spears, unexpectedly filed a petition to terminate the legal arrangement that has put him and others in control of his daughter’s life and her money since 2008.