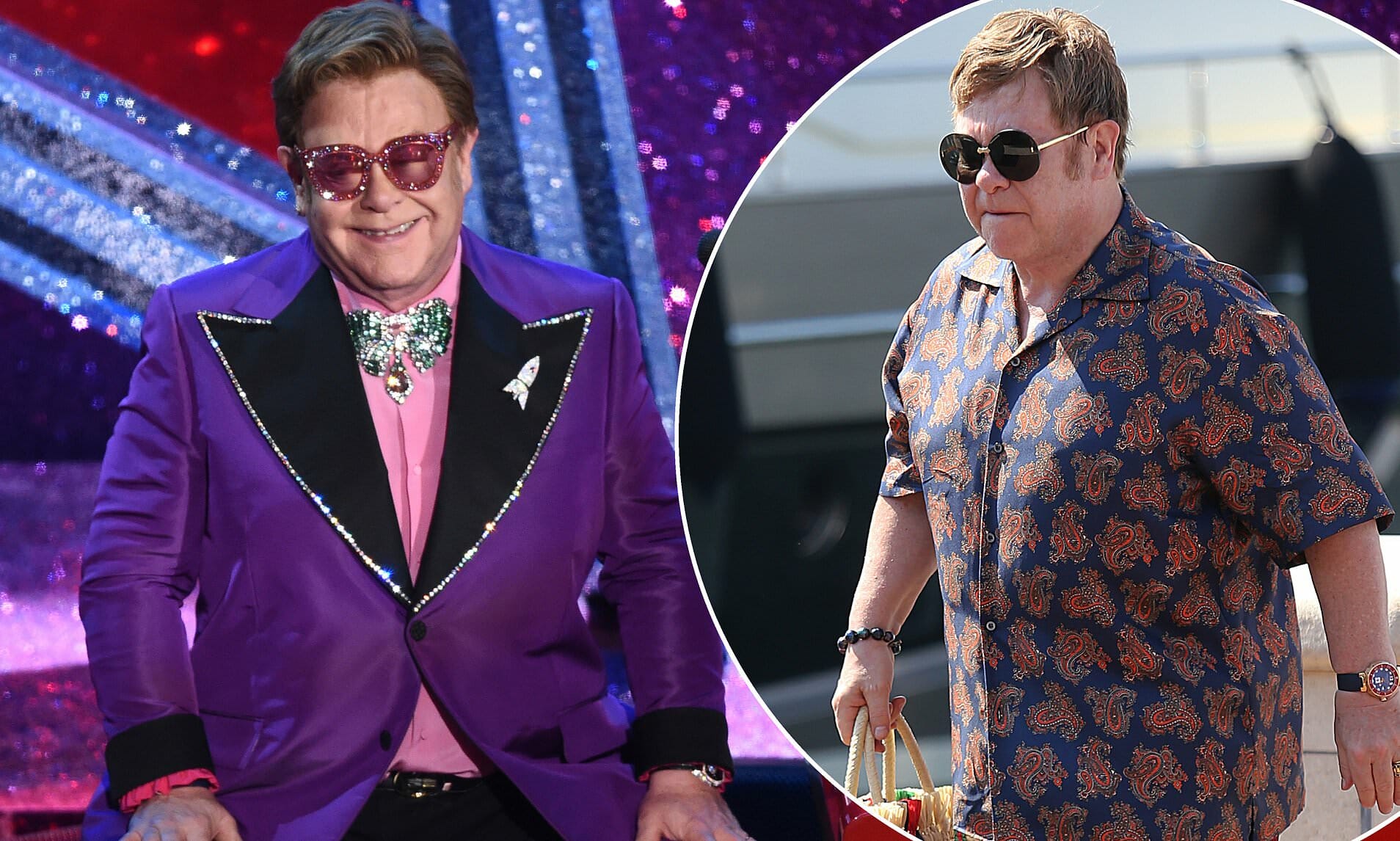 Elton John has postponed his Farewell Yellow Brick Road tour in Europe and the UK to 2023, as he awaits surgery after injuring is his hip in a recent fall.

The Rock and Roll Hall of Famer 74, took to Instagram on Thursday, September 16, to announce the news to his fans, saying: ‘It is with great sadness and a heavy heart that I am forced to reschedule the 2021 dates of my Farewell Yellow Brick Road tour in Europe and the UK to 2023’, with the tour pegged to recommence in New Orleans in January 2022

The star has spent the summer with his husband David Furnish, 58, and their two sons, in various European hotspots, where he has now revealed he suffered the fall.

“At the end of my summer break, I fell awkwardly on a hard surface and have been in considerable pain and discomfort in my hip ever since.”

“Despite intensive physio and specialist treatment, the pain has continued to get worse and is leading to increasing difficulties moving,” he added in the statement (read it below). “I have been advised to have an operation as soon as possible to get me back to full fitness and make sure there are no long-term complications. I will be undertaking a program of intensive physiotherapy that will ensure a full recovery and a return to full mobility without pain.”

.John also said he will take part in the Global Citizen Live concert on September 25, for which he’s set to perform only five songs.

‘I am going to complete the charitable Global Citizen event on 25th September as I don’t want to let a charity down..