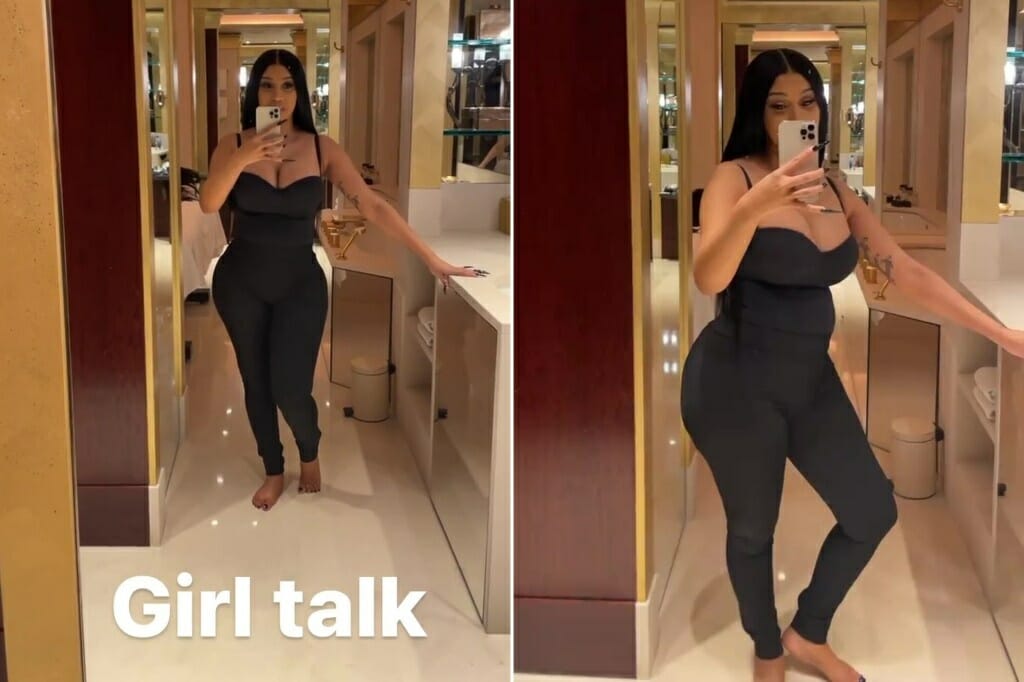 Weeks after welcoming her baby, American music star, Cardi B has opened up on the complications she faced

Cardi in an Instagram Story labeled “Girl Talk,” noted that some people have been complimenting her physique since giving birth, with many assuming she underwent a post-pregnancy surgery.

According to Cardi B, “Everybody is like ‘Cardi you so snatched, what did you do, you did lipo, you had a tummy tuck?’”

She however stated that she lost so much blood during the birth of her son and people like her can’t undergo a surgery.

“You cannot do surgery after you give birth, especially me, I lost so much blood, guys. One day, I’m going to talk to you guys about my crazy-ass delivery.”

The rapper also shared few poses she’s perfected in an effort to conceal her “loose skin” and “pouchy pouch”, while encouraging her followers to take their time getting back in shape post-pregnancy.

“F–k it, take your f–king time, it’s really hard dealing with kids, especially when you do two kids after you give birth.”

The rapper who also shares a daughter with Offset, recently stunned in a plunging red sequined dress with a matching cape during her first red-carpet appearance since giving birth, at the new “Thierry Mugler, Couturissime” exhibition at the Musée des Arts Décoratifs during Paris Fashion Week.