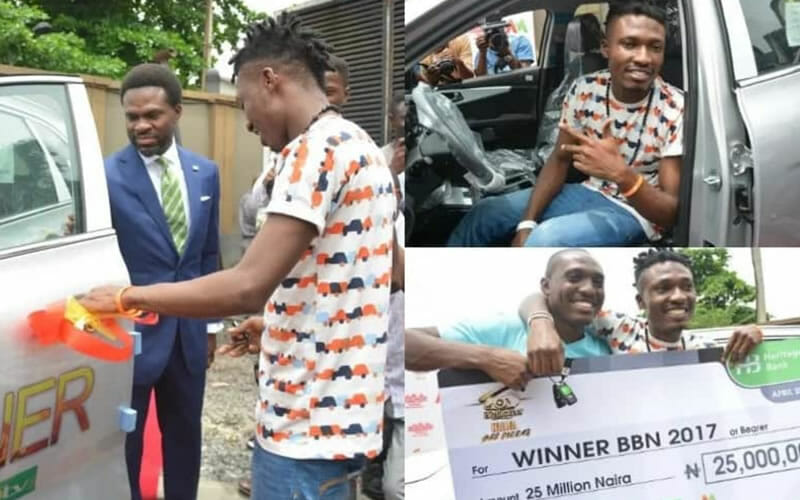 The alleged reasons organizers of BBNaija blacklisted Efe after he won the reality show has been made known by Media personality, Noble Igwe.

Recall that Efe secured 57.61 per cent of votes to emerge winner of the 2017 Big Brother Naija ‘See Goobe’ reality TV show. The Warri-born rap artist beat Bisola, who became the 1st runner up with 18.54 per cent of the vote at the grand finale.

Igwe served a response after a Twitter user asked why Multichoice has allegedly shut Efe out even though he has “apologized and tried to make amends.”

According to the media personality, Efe sat in his car and asked for the head of Multichoice to meet him before he comes out. 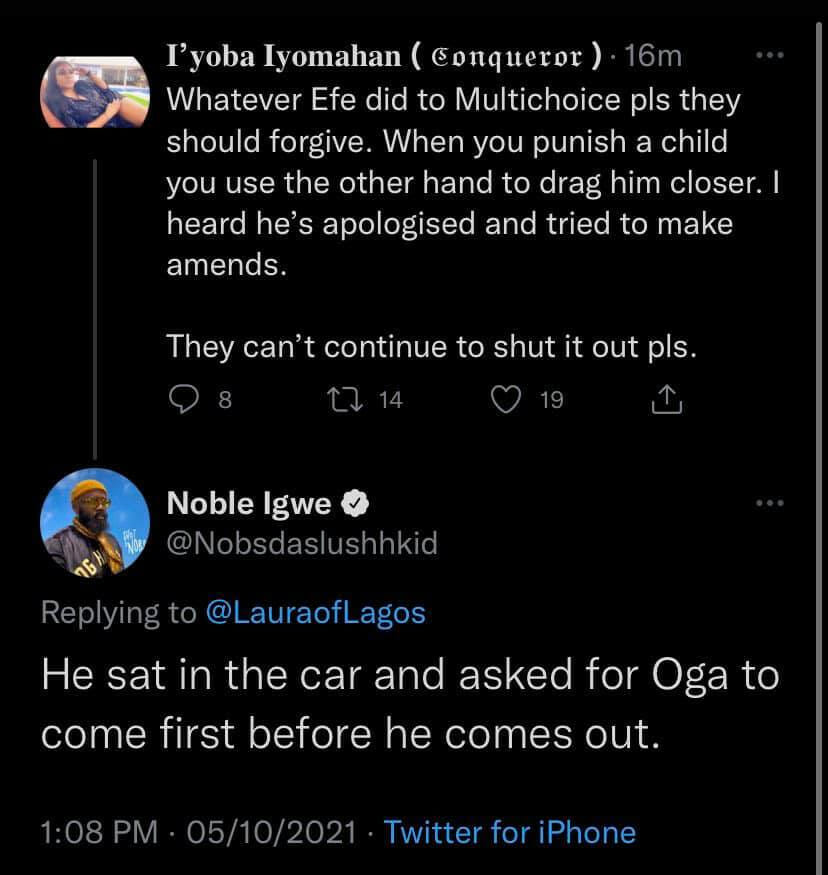