Nigerians will soon be arrested for speaking Igbo – Eedris Abdulkareem

Eedris said this while condemning the arrest of Veteran Nollywood actor, Chiwetalu Agu.

WITHIN NIGERIA recalls that Chiwetalu Agu was arrested on Thursday by the Nigerian Army for wearing Biafran regalia.

The Nigerian Army confirmed he was arrested for inciting members of the public and soliciting support for IPOB.

In a post on his Instagram page, Abdulkareem said Agu deserved to be honoured in the East for his brave act.

Describing Buhari’s government as a useless one, he wrote: “No matter the kind of film Chiwetalu Agu acts he’s more wise and brave than other actors in the East and must be honored.

“People will soon be arrested for speaking Igbo in Nigeria.” 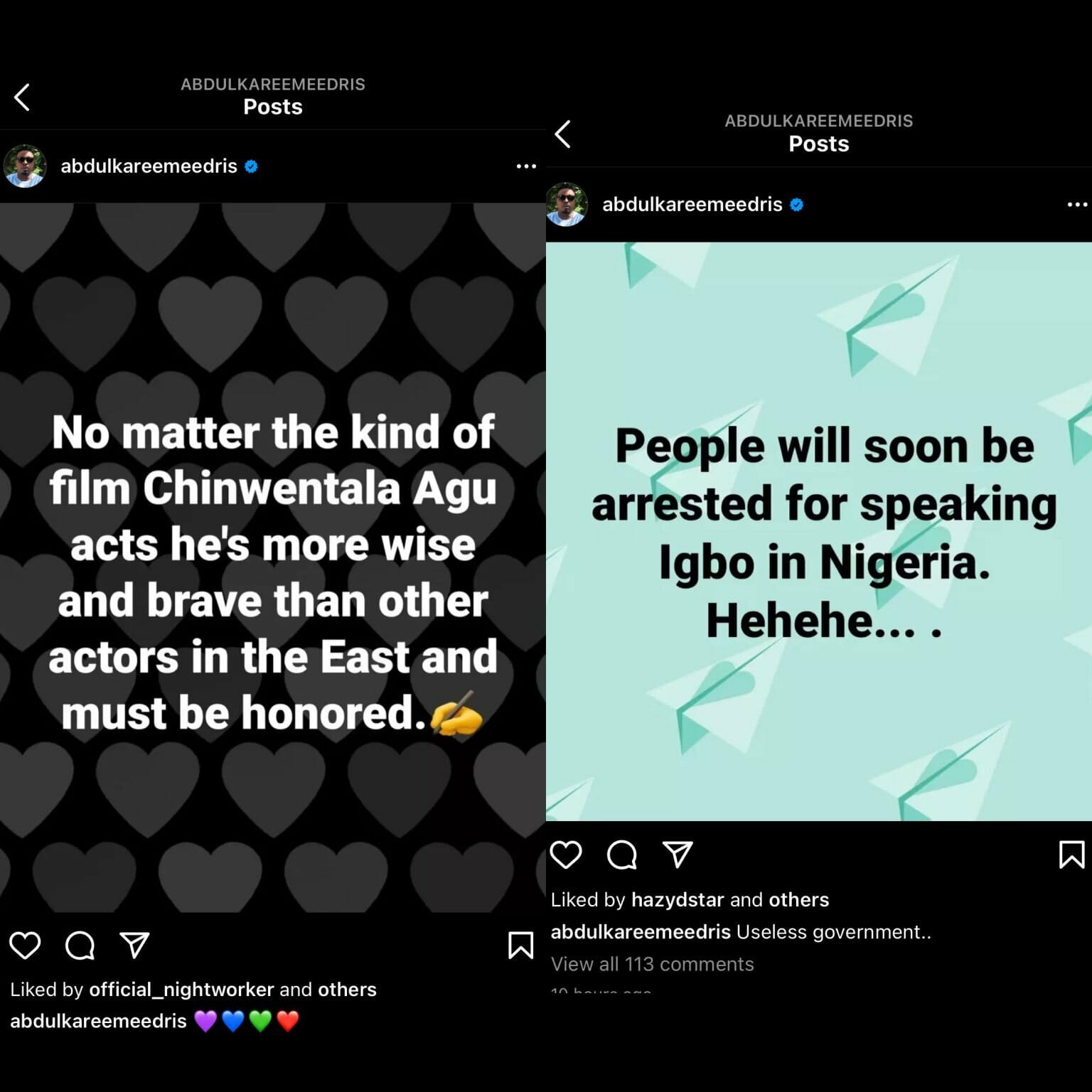 Meanwhile, the Actors Guild of Nigeria Friday night confirmed the rearrest of Chiwetela Agu by the DSS after his release by the Nigerian Army.

AGN President, Emeka Rollas, disclosed this in a telephone chat with Punch on Friday night.

According to him, the actor was arrested by the secret police shortly after he was released by the Nigerian Army on Friday afternoon. October 8.

Rollas said, “The AGN is aware that the DSS has picked up Chiwetalu Agu after the Nigerian Army arrested him.

“We are currently working on securing his release.”