Burna Boy and his mother

Nigerian musician Burna Boy has disclosed online that his mother hates it when he says he never getting married.

The Grammy award winner made this known via his official Instagram Stories on Monday, October 25, 2021. Burna Boy said his mother gets really pissed when they have marriage discussion and he tells her tying the nuptial knot is not in plan.

Burna Boy, 30, added that he is not sure if he tells his mother with all sincerity that marriage is not yet in view for him or he only says that to spite her.

“My mum hates it so much when I tell her I’m never getting married. She turns red!! My own issue is that now, I’m not too sure if I really mean it or I just say it to piss her off,” Burna Boy shared. 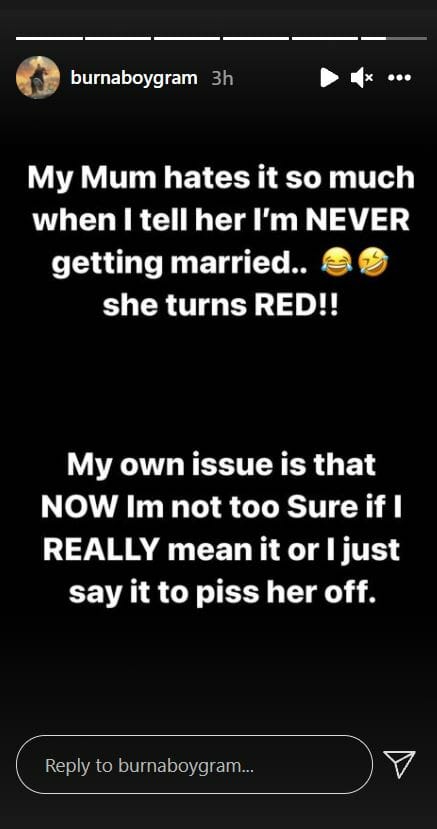 The ‘Odogwu’ crooner had in 2019 declared her love for British musician Stefflon Don, however, few months later separation rumours started trailing their relationship.

Burna Boy and Stefflon Don were in a highly publicised romance until recently that she’s no more in the picture.