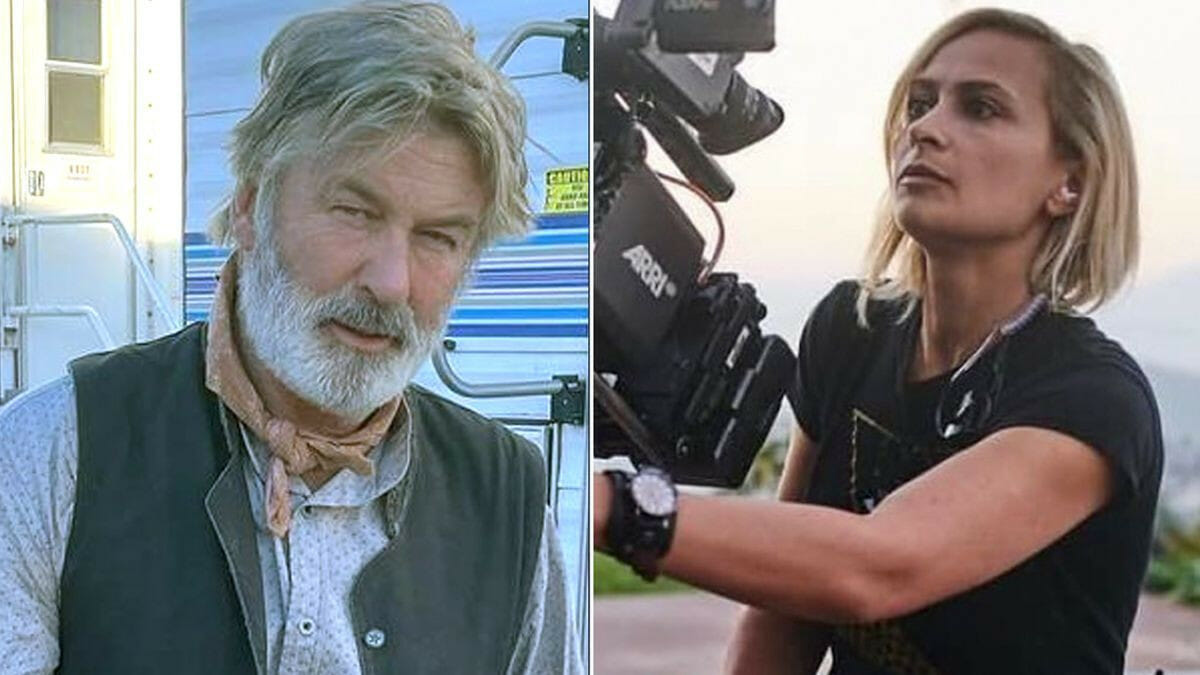 Late Rust cinematographer Halyna Hutchins’ final words as she lay dying on a Santa Fe film set have been revealed.

Hutchins, 42, was heard saying; ‘That was no good. That was no good at all,’ seconds after she was fatally shot by Alec Baldwin on the set of indie Western Rust on October 21 before succumbing to her injuries.

Hutchins’ last words came after lead actor Baldwin discharged a prop Colt .45 revolver that was supposed to be loaded with blanks but contained live ammunition.

‘What the f**k just happened?’ Baldwin reportedly asked cast and crew members after the shot went off, and Hutchins suddenly stumbled back into head electrician Serge Svetnoy’s arms. Director Joel Souza also hit the deck after being grazed.

The actor had been prepping for a scene that involved him drawing and firing the prop gun.

‘So,’ Baldwin said to Souza before firing the shot, ‘I guess I’m gonna take this out, pull it, and go, ‘Bang!’

The actor then drew the gun, which he had been assured was safe to use by the film’s first assistant director, David Halls, who told him it was a ‘cold gun’

But instead of a blank, a live bullet flew out of the barrel, fatally striking Hutchins in the chest, and exiting her body to also pierce Souza.

The weapon used by Baldwin in the incident was one of three prop guns that the film’s rookie armorer, Hanna Gutierrez Reed, 24, had set up outside the set location on a gray cart that was left unattended for hours, a search warrant enacted by Santa Fe police revealed.

According to a search warrant executed by the Santa Fe County Sheriff’s office last week, Gutierrez Reed was the last person to handle the gun, leaving it along with the two other revolvers unattended on the cart in the early hours of October 21.