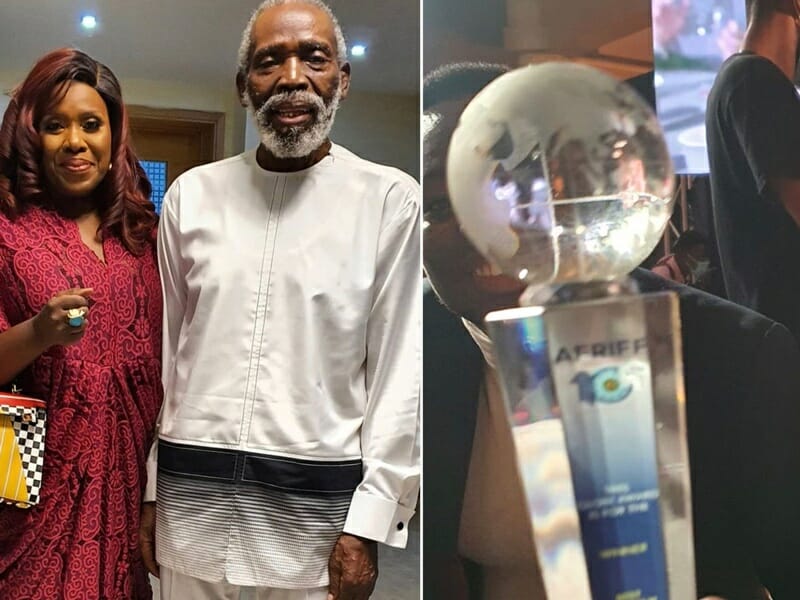 He was honored with the award at the 2021 Africa International Film Festival (AFRIFF) Awards.

The ace actor was presented with the award at the Africa International Film Festival Globe Awards which held on Saturday night November 13th Lagos.

His wife, Ajoke Silva shared the good news on Instagram with a photo of her husband holding the award plaque. She wrote in her caption: “Lifetime achievement award winner ,sir Olu Jacobs @_olujacobs , curtesy @afriff,”

Olu Jacobs attended the award ceremony with his wife, Joke Silva, and one of his sons.

Olu Jacobs, is a Nigerian actor and film executive. He has starred in several British television series and international films. Olu Jacobs has been hailed by many as one of the greatest and most widely respected African actors of his generation.