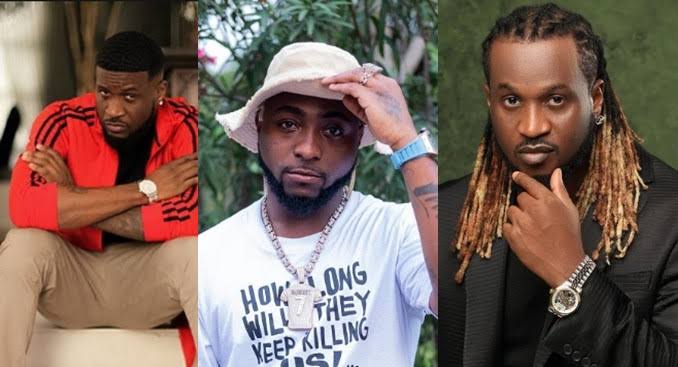 The Nigerian social sphere is full of surprises as one can wake up one day to something shockingly huge, just as we did on Wednesday, November 17, when billionaire’s son and self-proclaimed billionaire Nigerian Musician David Adeleke aka Davido shared his bank account details soliciting for financial assistance from his teeming supporters.

Writing on his Twitter page, Davido said he was in need of N100 million to clear his car from the port, and trust Nigerians to never disappoint as the 30BG leader got more than he begged for- literally “something hoog.”

In a tweet shared by Rudeboy aka Paul Okoye, he called on billionaire businessman and philanthropist Obinna Iyiegbu aka Obi Cubana to open the show/donation; tweet reads,

Starting from @Obi_Cubanaa ….. let’s show at @davido that 2 heads are better than 1 #doubledouble 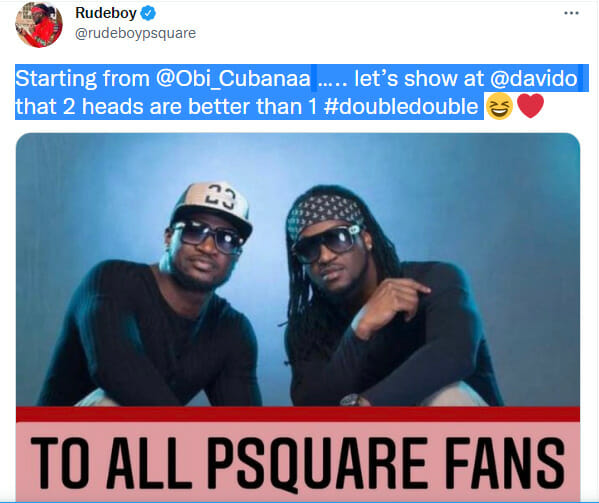 Meanwhile, many Nigerians have reacted to the stunt pulled by Davido saying if the self-acclaimed billionaire singer could beg on social media nothing should shame the common man to do the same with the Yuletide fast approaching.

Let us keep our fingers crossed as we monitor what P-Square fans will do for the music duo who have rumoured to be back together after 5 years of crazy social media rift.

At the time of filing this report, donations made to Davido had climbed to over N131 million.