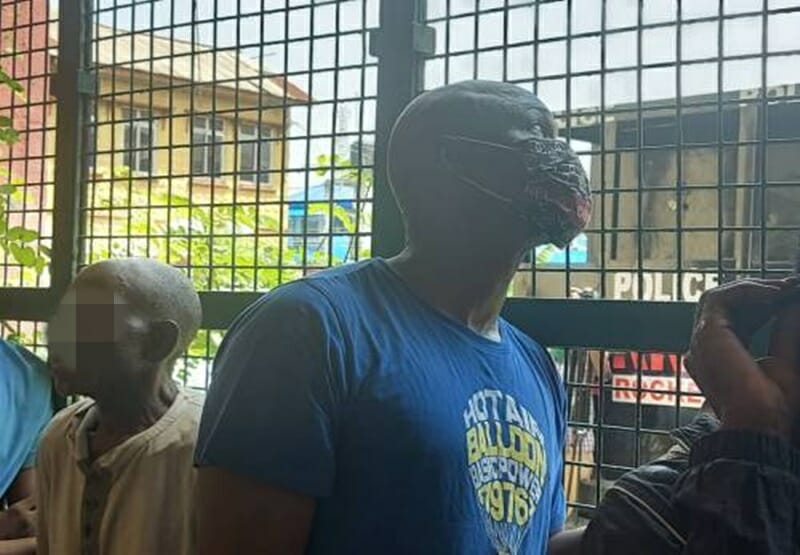 Embattled Nigerian seasoned actor, James Olanrewaju aka Baba Ijesha, has reacted to his confessional statement in the child defilement case brought against him by the Lagos State government.

Baba Ijesha said he signed the confessional statement under duress. He made this known to Justice Oluwatoyin Taiwo of the Lagos Special Sexual Offences Court, Ikeja, during his trial-within-trial, Tribune reports.

According to the actor, he was beaten with a stick, forced to sit on the floor before he signed the statement.
He said everything in the statement was dictated to the police by the comedienne and complainant, Ms Damilola Adekola a.k.a Princess.

The defendant was being led in evidence by one of his counsels, Dada Awosika (SAN) during a trial-within-trial of the voluntariness of his statement before Justice Taiwo.

He also denied knowledge of the current residence of the complainant, insisting that only her former residence was known to him.

He however owned up to the names of his father, mother, primary and secondary schools attended, his age, dropping out of University of Lagos, Akoka when he could no longer cope with a course he was studying.
Baba Ijesha failed to respond when confronted by the prosecution that the IPO could not have known his details if he did not volunteer any information to her.
Earlier, Inspector Abigail, under examination by Awosika said the defendant freely volunteered his statement and that it was made without duress.

The police officer insisted she read cautionary words to Baba Ijesha and that he told her he understood English and everything she read to him.

She said, “The defendant was shaking when I was about to take his statement. I offered him a chair to sit to relax him but he said he preferred sitting on the floor to enable him stretch out his legs.

Baba Ijesha has been entangled in a case of child molestation since April 2021 and was remanded in police custody after his arrest on April 22.

He was, however, released on June 24.

Justice Taiwo granted Baba Ijesha bail in the sum of N2million and two sureties: a lawyer and a family relation.
The judge ordered that the bail conditions must be granted within seven days while declaring that the next sittings will be on July 26 (today), 27 and 28.