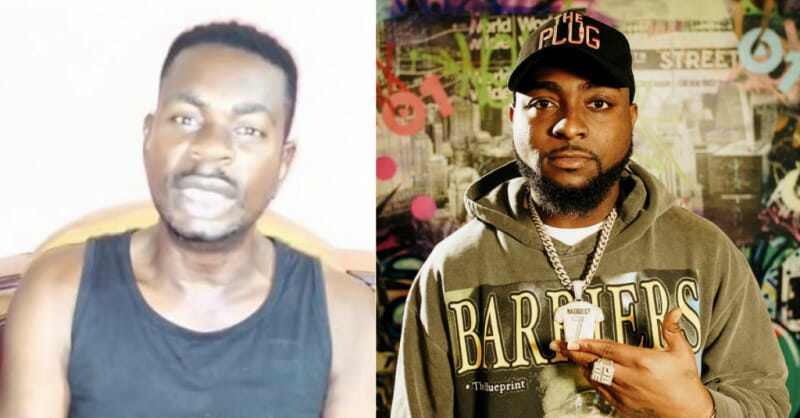 How my video about Davido was misunderstood- BabaFryo (Video)

After being dragged online for condemning Davido who decided to give over N250 million to orphanages, veteran singer, Friday Igwe, popularly known as Baba Fryo, has reacted.

Recall that earlier, Baba Fryo, expressed his disappointment that Davido neglected him, ‘a known face’, in his trying times, only to gift unknown orphans N250m.

The singer in the video, explained his grouse, saying that his grievance was that when he came out sometime back to cry out for help, none of his colleagues including Davido showed up for him. He said he tagged Davido and Tuface to his cry-out post but none of them came through for him. Read here.

After he share the video, Nigerians bashed him. They opined that he had an ”entitlement mentality” and that no one owes him anything.

In a new video he shared on his IG page this afternoon, BabaFryo said he was misunderstood. He said he has nothing personal against Davido but only expected that the singer would have helped him by at least sharing his predicament on social media when he came public with it back then.

He said he appreciates Davido for all the charitable works he has been doing.