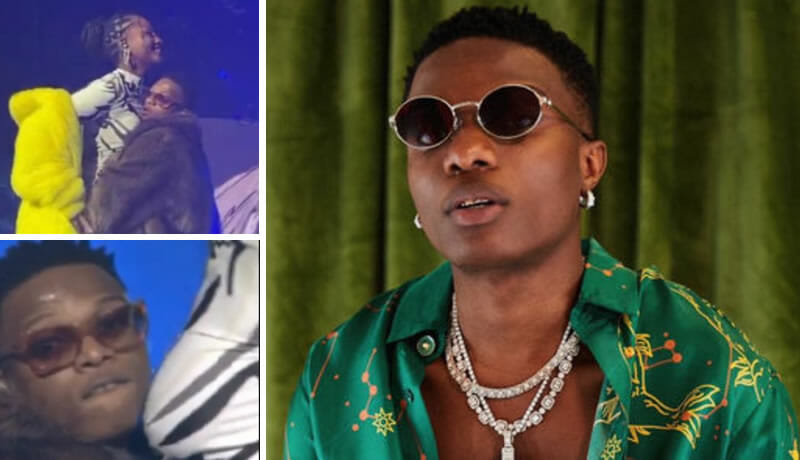 Nigerian superstar, Wizkid concluded a three-day musical tour held in the 02 Arena this week, successfully selling out tickets to the twenty thousand seat capacity event venue on all three days.

The musical tour themed after Wizkid’s #MadeInLagos still remains one of the most talked about topics on social media this week. It was not Wizkid’s first show in the UK, but it was his first and anyone’s first concert that ran for three days back to back.

While he delivered an iconic show of class all through the days of the concerts, he also did magnificently with the list of artistes that were present for the show. The lineup of artistes that performed with him and the solo performances on the stage at the 02 Arena was vast and plenty.

The number of times he had the crowd burst into a wild roar cannot be counted but some moments are more iconic than others. One was when he brought Chris Brown on stage – this is iconic because some years ago, Chris Brown had brought Wizkid on stage in a show in Lagos – and this seemed like a reversed role of what happened back then in 2012. Secondly was when he brought Burna Boy on stage. The performance was magical as expected from two very energetic and well-loved Afrobeat artistes. However, seeing the two perform together on stage was not a surprise but Wizkid’s announcement of a collaboration that was set to be dropped that night was the surprise.

Q: How much is Wizkid estimated to make from ticket sales for the concert?

A: It is important to note that the concert was in a 20,000 capacity venue and was sold out for three days. The 20,000 capacity space is divided into tiers and ticket prices varied for the different tiers.

Q: How can performing during Wizkid’s #MadeInLagos concert help the new acts?

A: The importance of global recognition cannot be overemphasized. Wizkid for one enjoys that privilege now, being able to successfully penetrate the global market and win himself a large global audience. Giving new acts a platform like performing to that large number of people at the 02 Arena opens up the new acts to new opportunities.

For one, it sets a stage for global recognition. With the proper PR and more quality content, the new acts can ride on that wave and put it to good use.

So many of the new acts do not have a global audience or do not have enough and performing on that level showcases them to more people who don’t already know about them. From that night, more people will go online to search for them and if they like what they find, they would have earned one more fan.

For Wizkid, maybe more global collaboration. Selling out 02 Arena three days on a roll isn’t a small feat, and this just tripled his social standing. More and more people will want to work with him. For the new acts, new opportunities to become better at their craft, and build a fanbase.

It is a win-win situation for everyone involved in the #MadeInLagos 02 Arena tour one way or another.