My name is Damasus not Damascus – Nollywood actress , Stella pleads with Nigerians

Nollywood actress, Stella Damasus has taken to social media to correct Nigerians who often call her last name wrongly. The thespian whose name is easily mistaken for the capital city of Syria, Damascus, has warned Nigerians to desist from bastardising her name.

Taking to Twitter, she shared a meme of herself in one of her old movie which implies rejecting what people bring to your table. The mother of three wrote: :Me to Nigerians: My name is Stella DAMASUS not DAMASCUS” 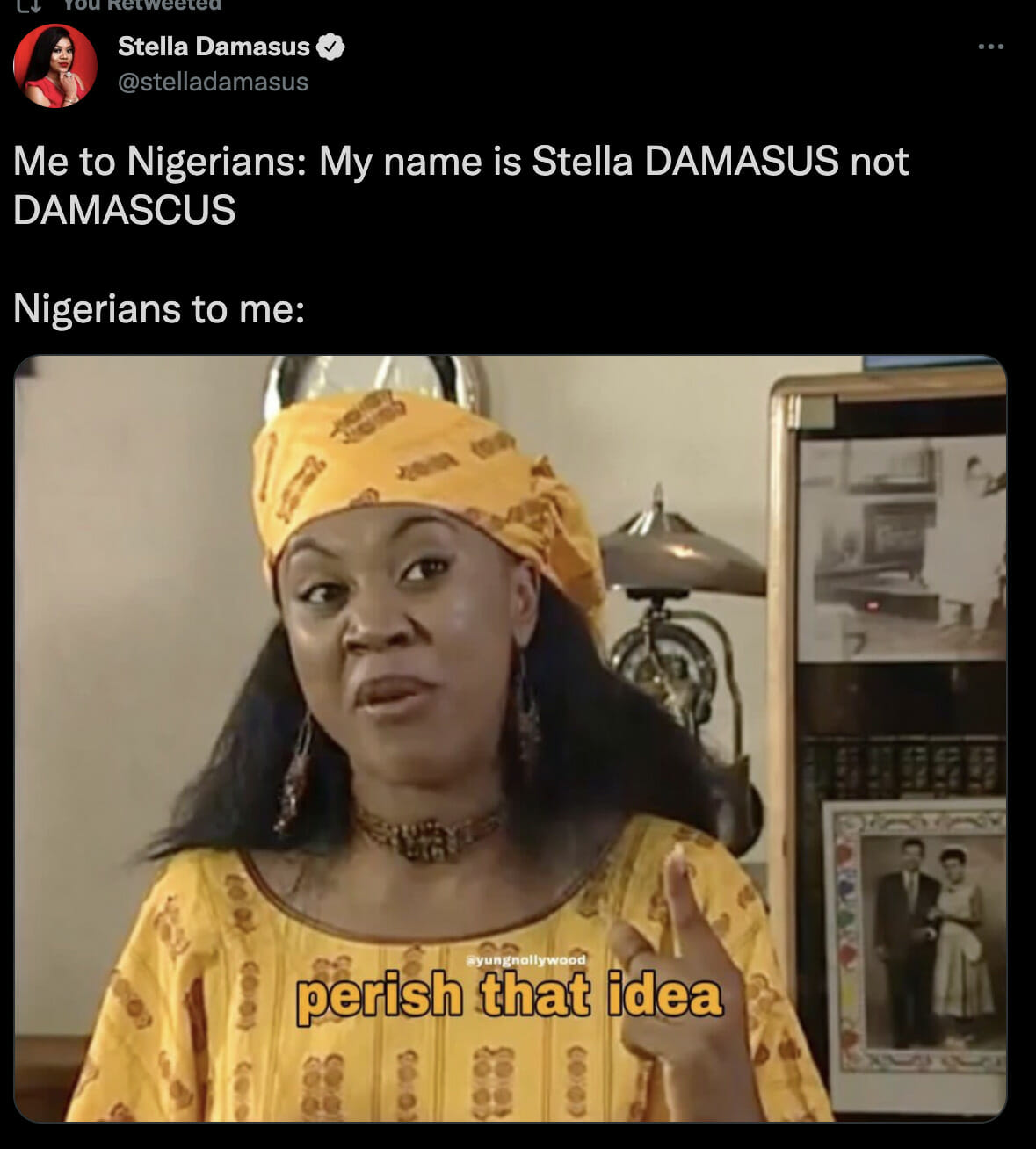 This tweet has garnered thousands of reactions from Nigerians who never knew the actress’s name does not come with a letter C added to it. A social media user asked if she was joking or her name is not Damascus all along. See some more hilarious reactions below: 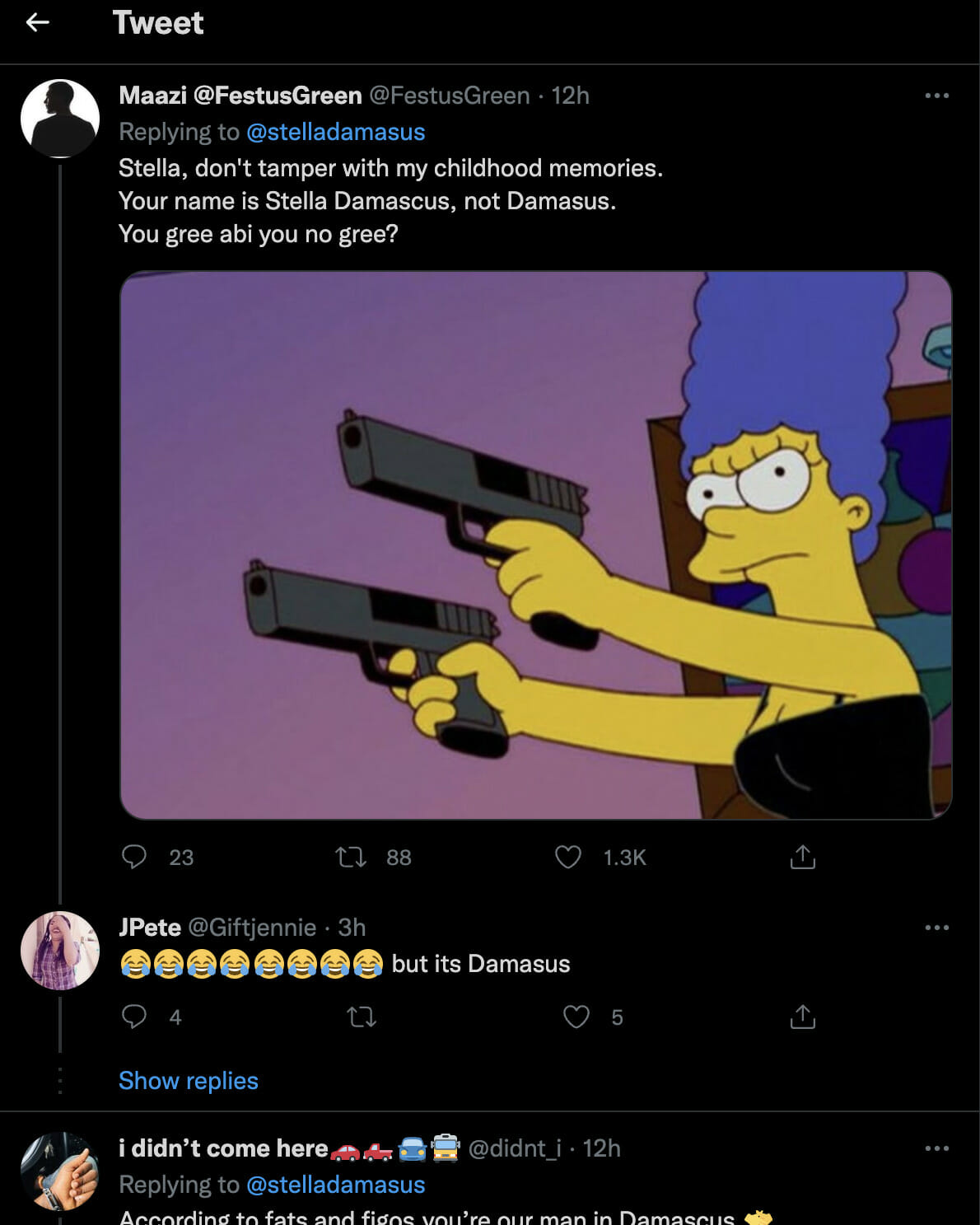 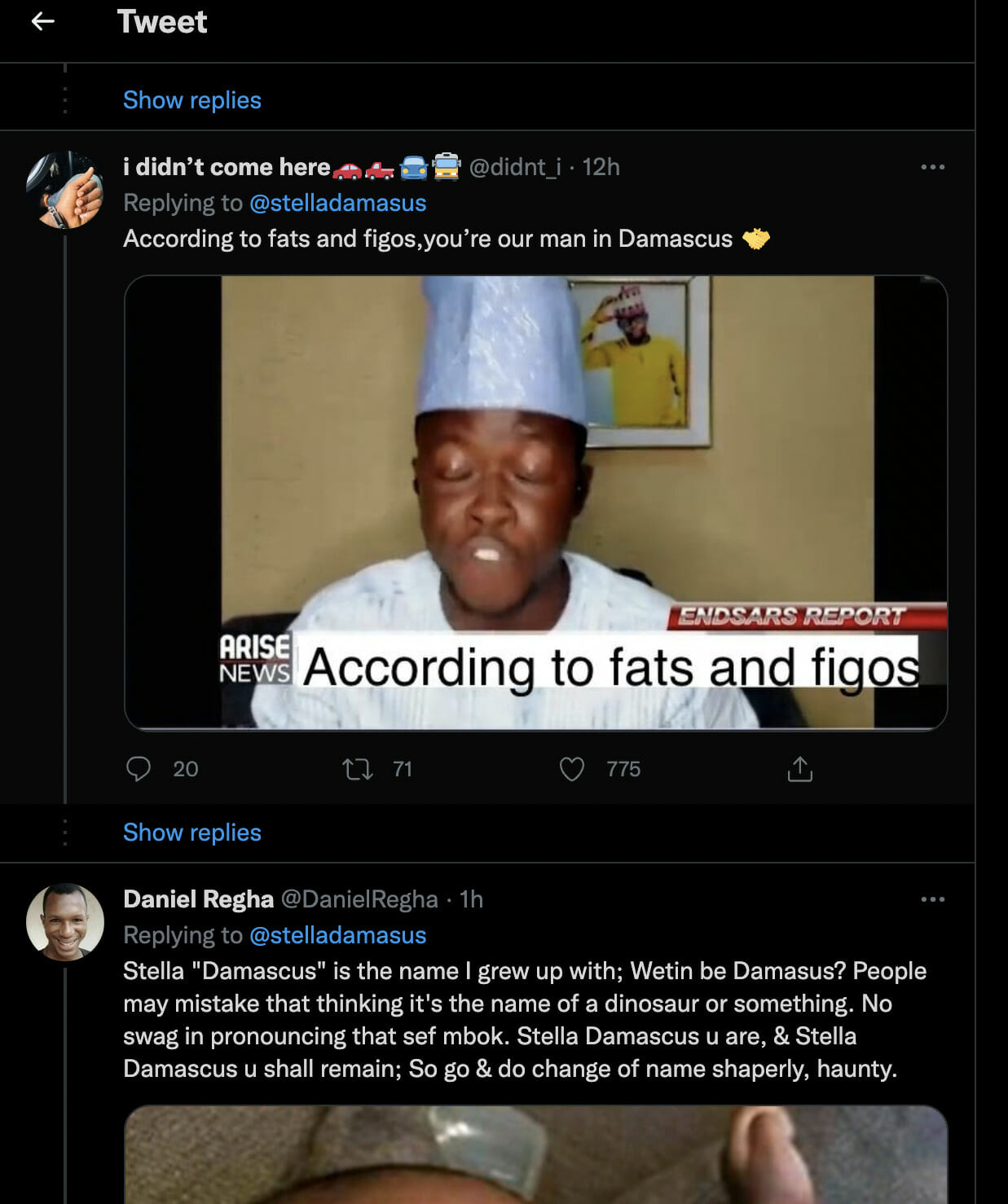