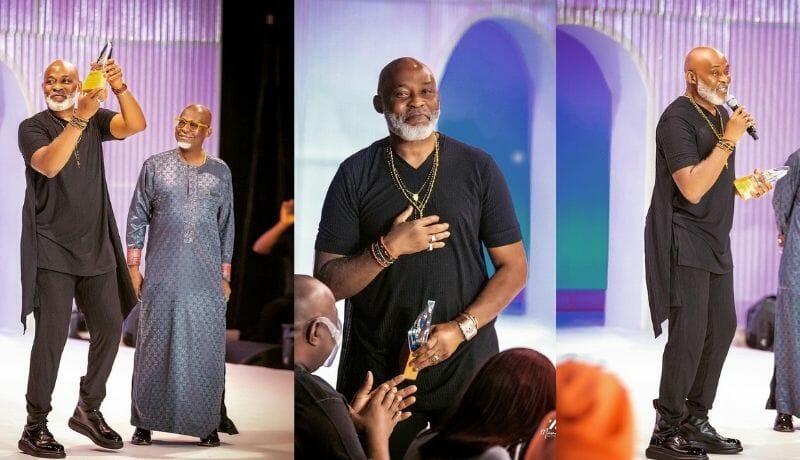 The year is going to an end but Nollywood veteran, Richard Mofe-Damijo is still racking up wins.

In a recent social media post, the Nollywood star expressed his gratitude over a notable award recognition from fans in Ghana. The movie actor was recently honored with a Black Star Honor award at Ghana’s Rhymes on Da Runway.

Richard Mofe-Damijo’s honorary win comes after a very successful year that saw him appear in big projects such as the talked about King of Boys limited series directed by Kemi Adetiba. He played the role of an influential clergyman in this project, and we saw the remarkable talent that makes Richard Mofe-Damijo a name well known in the movie industry.

Also, he showed in the second season of Ebonylfe Studios’ Castle & Castle, as well as AY’s Christmas in Miami, and some yet-to-be-released titles.

Awards and nominations for Richard Mofe-Damijo

A man of his talent, he has had a couple of award nods and he has won some as well.

Richard Mofe-Damijo is a man of talent who has been able to build his fan base and an audience that relates to his brilliant style of acting.

Even with his age, he shows he still has style and we expect to see him in more brilliant projects in the nearest future.