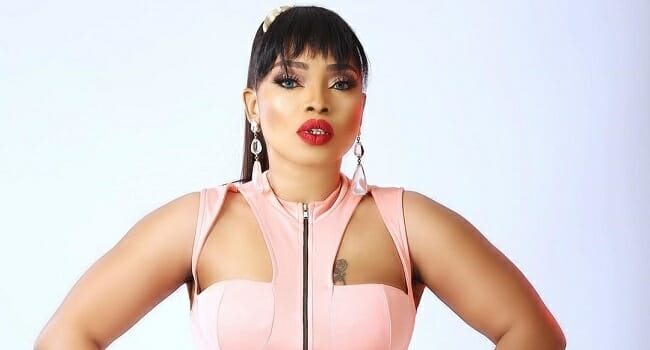 Days after actress, Halima Abubakar, took to her Instagram page to state that there are bullies in Nollywood, in the wake of the death of Sylvester Oromoni, the filmmaker has in a new interview stuck to her claims, stating that bullies are actually the ones destroying the film industry.

She said, “I repeated a semester in Bayero University, Kano, because I was bullied. I could not talk then because I was very scared. There was a particular exam I did not write because they (bullies) were there (exam hall) waiting for me for no reason. When I went back to my room, I found out that my food wasn’t there. At times, they (bullies) would lie on my bed which was always neatly laid. It is not something I want to remember because it was not a pleasant experience.

“There are bullies in Nollywood and everywhere else. They all have their gangs and they are the ones destroying Nollywood— from producers to actors. Some would borrow money from one and use their voices to intimidate one not to ask for one’s money back. Some people are just evil.”

“I have been a victim (of bullying) since I was 14 years old when I started acting. I was bullied till I stood on my feet and said I would not take it anymore. If I open my mouth (to mention names of the bullies), there would be waves of shock and amazement. Half of the people that are thought to be nice are actually mean and hateful. There is no joy in the heart of the people that have hurt me.”

The actress also maintained that she had been ridiculed because of her height. She said, “I have never considered beauty as a selling point because I was told that I was ugly. That is bullying. They called me ‘short’ as if that would stop anything in my life. I was not born tall, so, why should I be expected to be tall? I am a petite woman and I love it. If I am ugly, then the people (calling me such) have zero understanding of what beauty is.

“The lessons I have learnt are not what other people can handle. It takes a very strong person to stand despite it all. Some people would have probably committed suicide. Some people are scared that I would mention their names but if you have made my life miserable in the industry, you should not expect to have peace too.”