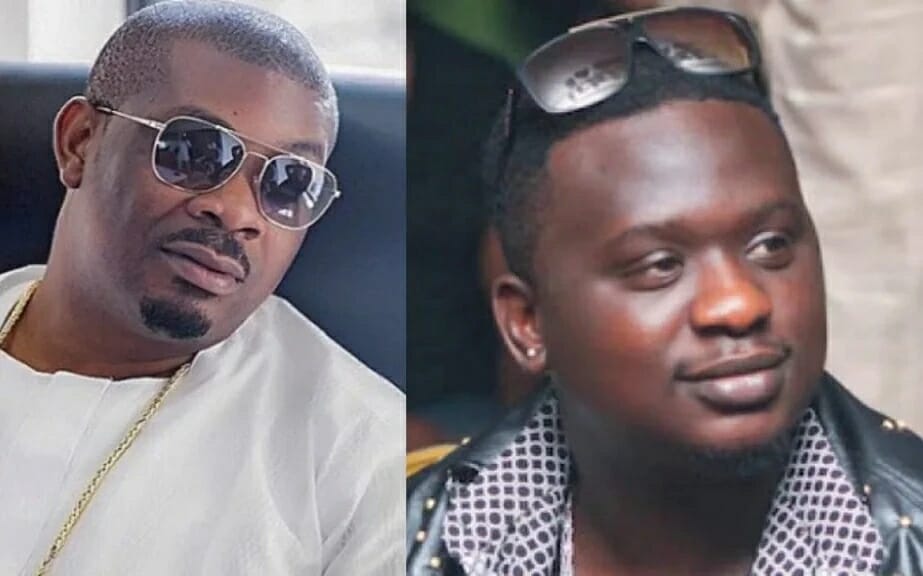 Following the exit of Wandel Coal from Mo’hits record label, popular music executive and Mavin producer, Don Jazzy has given reason he was hurt by his exit.

The singer left the record label in 2013.

His exit came as a shock to fans of Mo’hits record label, now Mavin.

Don Jazzy, speaking on The Afrobeat Podcast, said Wande coal’s exit from his record label hurt him because he was like a child he raised and then had to let go as an adult after all the training.

According to him, “Wande Coal is a genius and a music vocalist we found when we went for a show in UNILAG.

“Every separation hurts whether amicable or not.

“Wande exit was like when you train a child and then he has to go when he’s an adult.

“It hurts because I had to start building again, friendship and all of that.

“You’ll know Wande’s exit hurt me because I had to tweet about it.”

Don Jazzy, however, apologised to his fans for making such tweet about Wande Coal’s exit