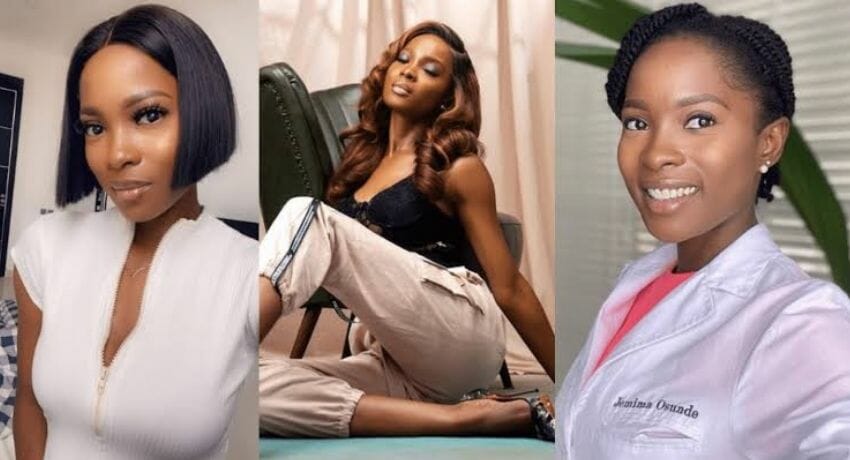 Nollywood Actress, model and presenter, Jemima Osunde has tackled a twitter user over a comment that was made about wedding gifts another twitter user received from her husband.

The exchange occurred after a lady revealed that most of the people upset about her receiving a land and N1m as wedding gift from her husband, are men.
She tweeted: 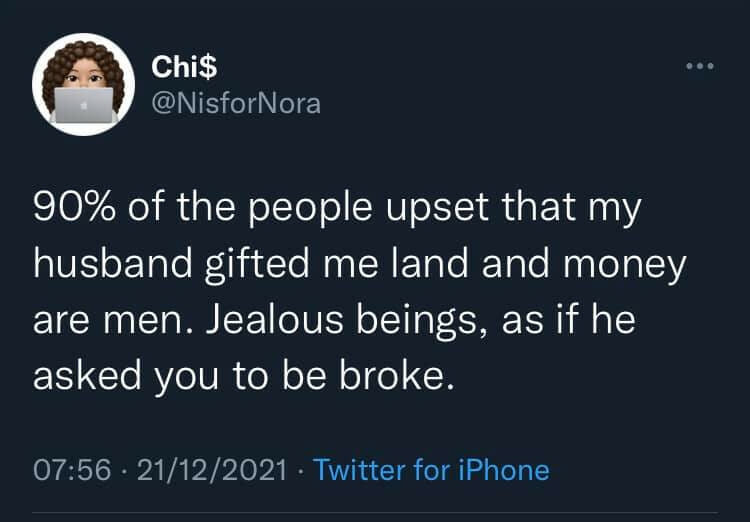 Commenting on the lady’s disclosure, a twitter user told her that getting the gifts does not mean that their union would be blissful. Claiming that people are elated by what looks good on the outside. The twitter user asked the lady not to get carried away and prepare for “battles” coming her way. 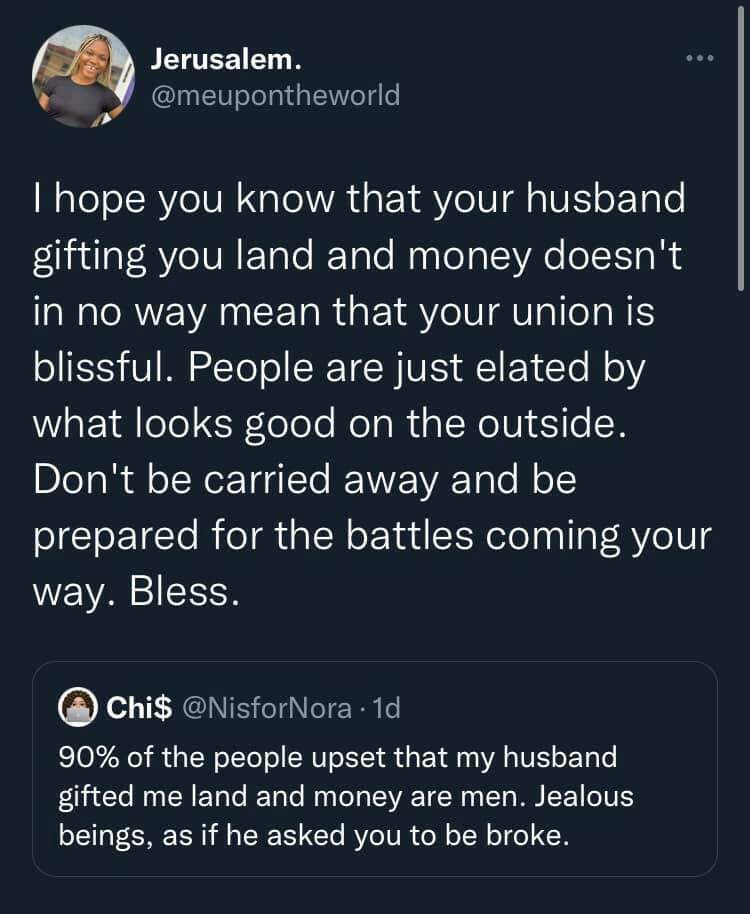 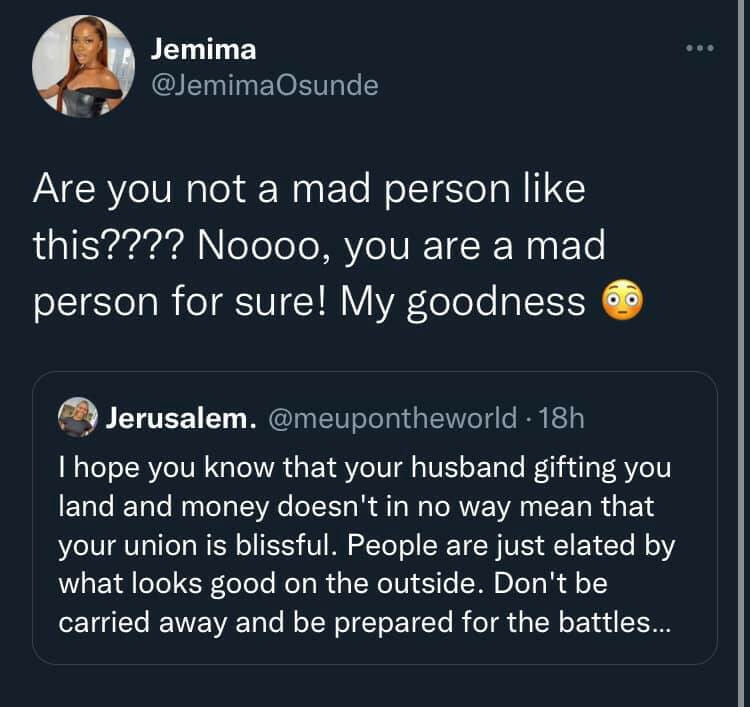 Jemima Osunde who was born April 30, 1996 gained exposure after playing Leila in the television series shuga.