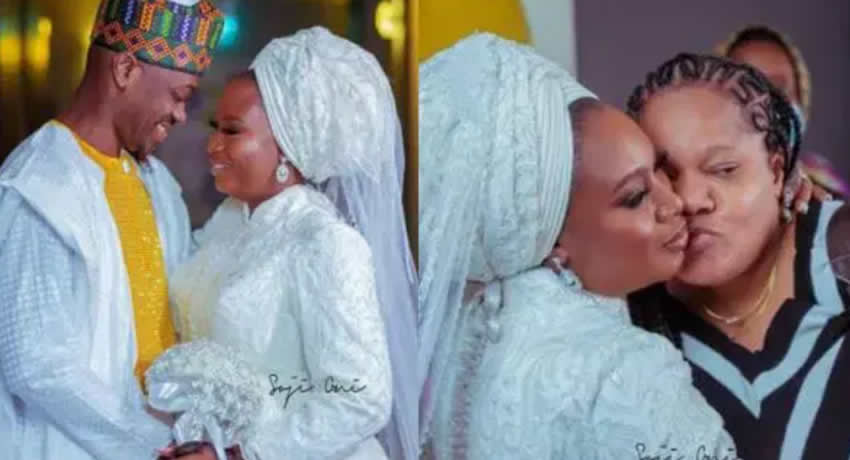 The celebrities shared photos and video from the event on social media on Wednesday.

It seems the festive period is going to be full of asking for forgiveness as Yomi Fabiyi seems to be trying to mend fences with his colleagues whom he had beef with.
Just yesterday, Yomi Fabiyi set aside his disagreement with Iyabo Ojo and celebrated her on her birthday. He has done the same with Mo Bimpe, congratulating her on her marriage and trying to start afresh as the new year approaches.
Yomi Fabiyi took to social media to celebrate Bimpe’s marriage with fellow colleague, Lateef Adedimeji.

Sharing photos of the couple on his instagram page, Yomi Fabiyi wished Bimpe Oyebade and her husband, Lateef Adedimeji all the best in their marital home.