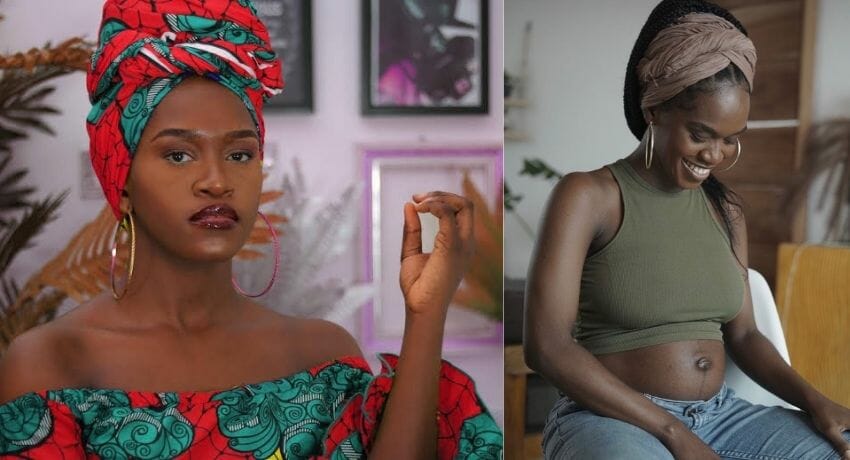 Popular instagram comedian, Gloria Oloruntobi, known as Maraji, has confirmed she is pregnant.

Maraji has been away from social media since late September but recently returned with a cryptic video on her page which got Nigerians talking.

In the video which she posted some days ago, Maraji showed herself dancing with a baby bump which sparked pregnancy rumors online.

Maraji could be seen rocking a white crop top as she sang and danced to a popular Beyonce song. Her short top showed off her bulging belly on different occasions as she danced.

The influencer has now taken to her instastory to confirm the news.

Alongside a picture of her showing her baby bump, she wrote: 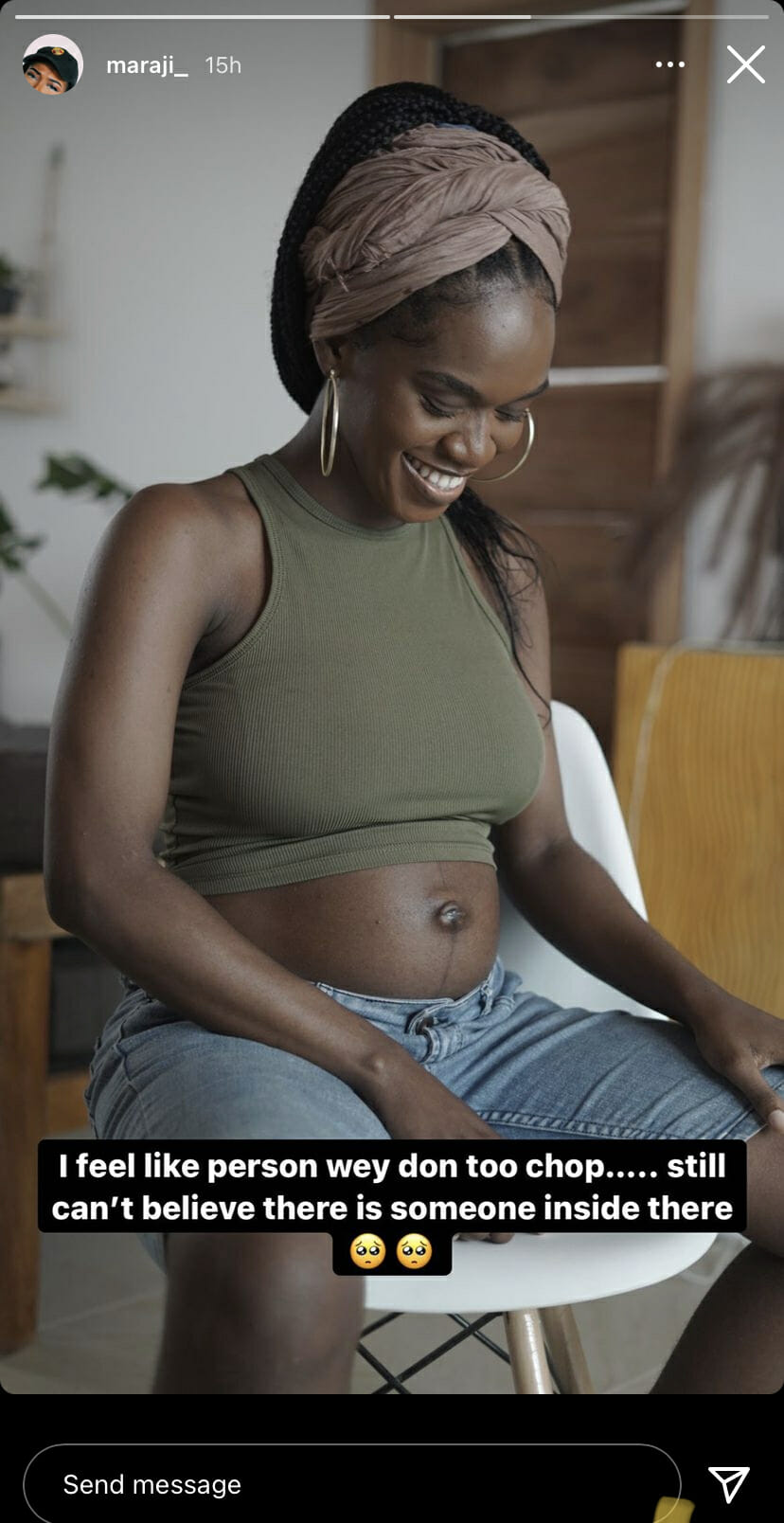 Maraji is an expert in role plays in her comedy skits, as she switches between accents and looks to suit each character she plays.