Popular nollywood actress and producer, Akindele-Bello Olufunke Ayotunde known, as Funke Akindele or Jenifa has taken to social media to advice her followers to always put themselves first.

Funke Akindele who took to her instastory to drop the warning also said that there are lots of ‘users’ masquerading as loved ones and added that her followers beware of such people. 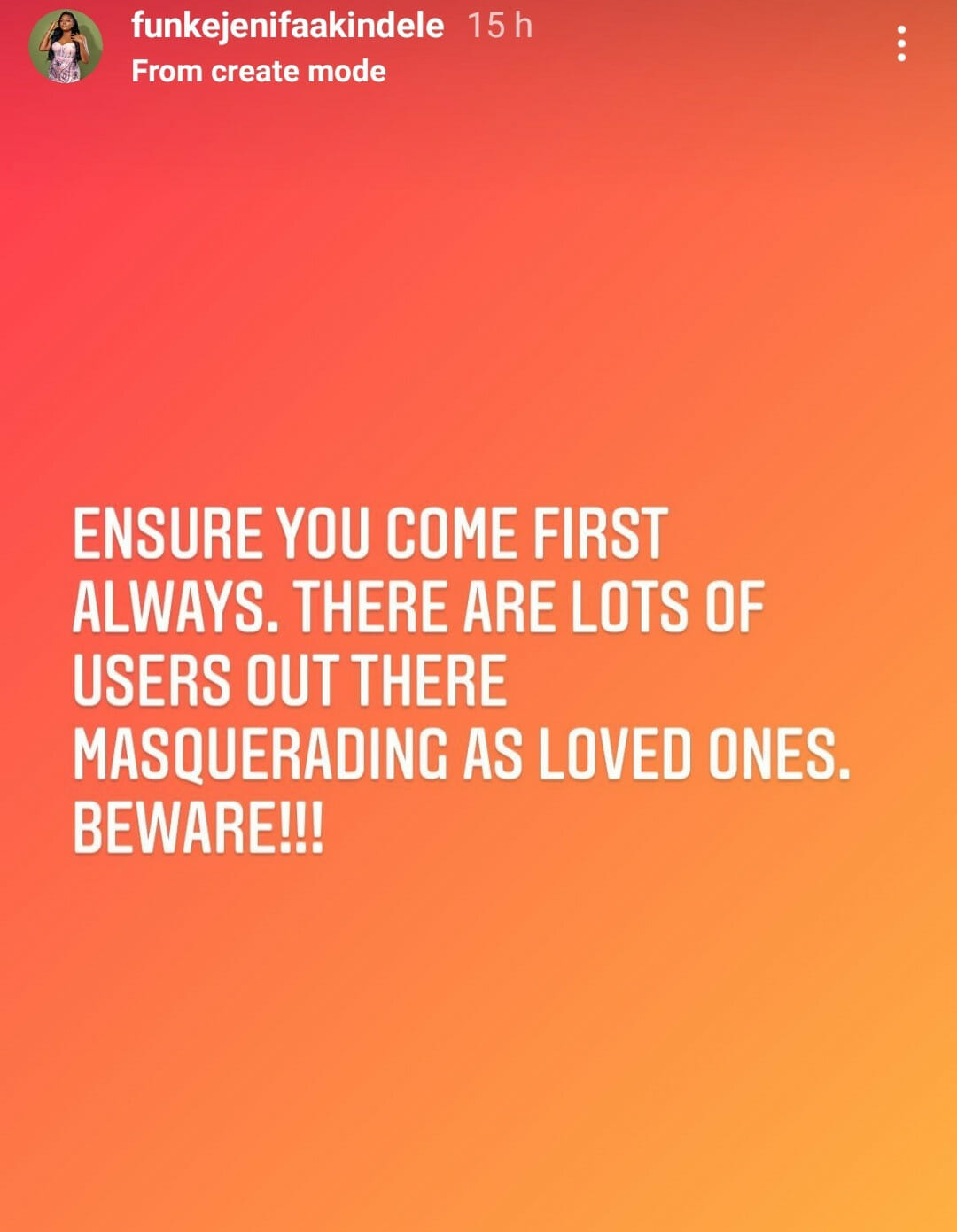 In other news, Funke Akindele-Bello has broken her silence on why she was absent from the 20th year on stage star studded occasion her bestie, Eniola Badmus held. Although the Award-winning Nollywood actress and CEO of Sceneone TV celebrated her bestie online, she wasn’t physically present.