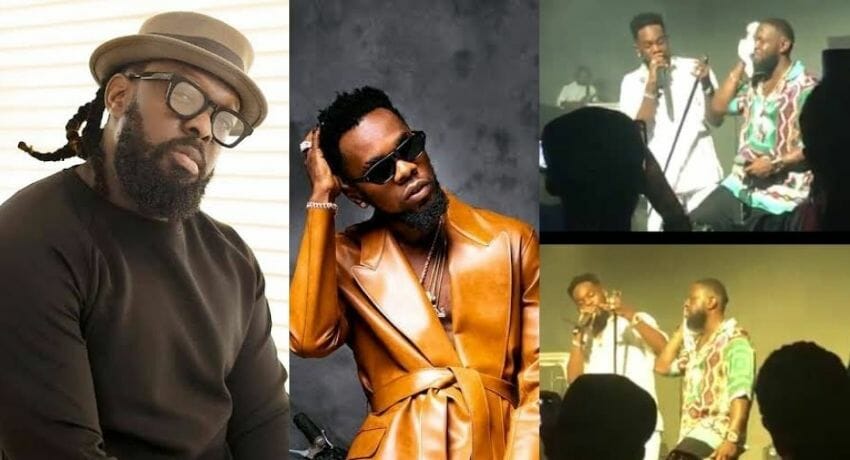 One of the highlights of the show was when he brought on stage, fellow singer Timaya, and recounted how Timaya pulled him out of the Ghetto many years ago.

According to Patoranking, Timaya saw his singing talent, housed him, helped him to horn his singing skills and gave him his break in the music industry.

As against popular opinion that some people do not like their fellow man to thrive or grow, the reverse seems to be the case in musical industry with quite a number of revelations being made about how popular musicians got help from their colleagues in the music industry when they were still struggling. The endearing part of it all is the information wasn’t made public by those who rendered help, but by those who received it many years after.

Recall, Wizkid at his show also revealed that Wande Coal housed him when he had no where to. Well, so did Tiwa Savage, who revealed she lived with singer, Davido when she first got back to Nigeria.

Lupus: Why I never attended church for healing…

Why Ghana music is a disgrace to the world –…