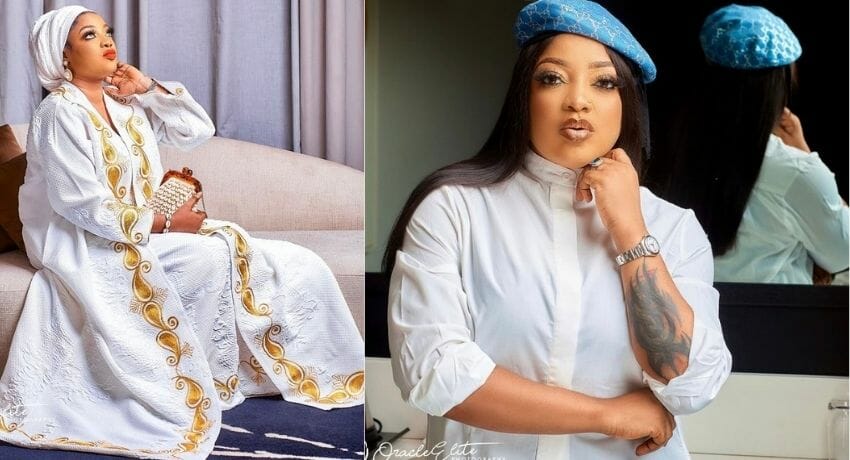 Actress Shotayo Gaga stuns in birthday photos as she clocks 36

Although she didn’t caption any of the pictures, her fans, followers, friends and colleagues in the movie industry have started to repost her pictures with lovely captions. They have also dropped comments, congratulating the actress on her day.

Born on the 28th of December, 1985, Tayo Sobola aka Shotayo Gaga is a popular Nigerian actress, movie producer and entrepreneur.
Tayo is originally from Ogun State, and her mother was a Muslim, while her father was a Christian.
She has a diploma in Law from the Lagos State University and a degree in Public Administration from the Olabisi Onabanjo University, and was introduced to the Actors Guild of Nigeria by Actor Emeka Okoro.

Tayo Sabola started her entertainment career as a model, and acts movies, as well as is a video vixen. She has produced two movies, Corper Jide and Arewa Onijogbon, and launched a multi-million Naira production studio in Lagos in 2015.
An entrepreneur as well, Tayo also owns a fashion line, Clean Stitches.
She signed endorsement deals worth millions with Glee Stores in 2018 and Candyz Travel and Tours in 2019.

Tayo Sobola got married on the 6th of March, 2021. The wedding was a secret one, and was graced by a lot of celebrities and movie icons. However the actress who keeps most of her personal life private, confirmed she was married to someone who isn’t in the entertainment industry but she didn’t get married in 2021 either.