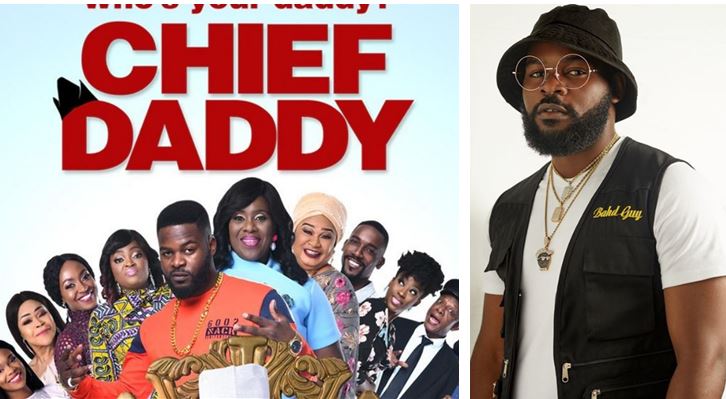 Nollywood comedy film Chief Daddy 2: Going for Broke, has been condemned by movie-watchers and critics, ever since it was released on Netflix on New Year’s Day,

Directed by Niyi Akinmolayan and produced by EbonyLife’s Mo Abudu, the film is a sequel of the original Chief Daddy film, which premiered in 2018.

The original film follows a ragtag group of immediate and extended family members as they struggle to claim a part of the wealth left behind by the titular Chief Daddy.

In the sequel, the struggle to claim this wealth continues.

Despite its star-studded cast, including the rapper Falz and Nollywood heavyweights such as Shaffy Bello, Funke Akindele-Bello and Joke Silva, the general consensus is that the sequel would have benefited from better screenplay and direction.

In reviewing the film for The Premium Times, Onu Stephen describes it as a “pointless, repetitive, and incredibly predictable sequel.”

Reacting to the film, Nigerian screenwriter, Dami Elebe, appealed that emphasis should be given to screenplay by Nollywood filmmakers.

She tweeted, “Anyway, I’m happy people are having the conversation. Maybe some people in Nollywood will stop hiring writers after they’ve casted and got location.

“Maybe some of you will give story development a chance and also pay well for it. Maybe you people will stop hiring only famous people, confusing them as influencers. Maybe talent will thrive this year.”

For Twitter user @I_Am_Winter, “Chief Daddy 2 is such an embarrassment to Nollywood.”

Another Twitter user @Innanoshe calls the film “an atrocious hodgepodge of terrible acting and directing and ghastly writing.”

@IfeanyiOlabode, however, thinks that the film benefits even from the bad publicity.

“This Chief Daddy 2 strategy is working. Make an unbelievably terrible movie, make everyone talk about it. Make everyone want to watch it to confirm it’s terrible,” the user tweeted.

Meanwhile, on her Instagram page on Sunday, the film’s producer and EbonyLife boss, Mo Abudu, celebrated the movie for being “the number 1 in Nigeria today” on Netflix.