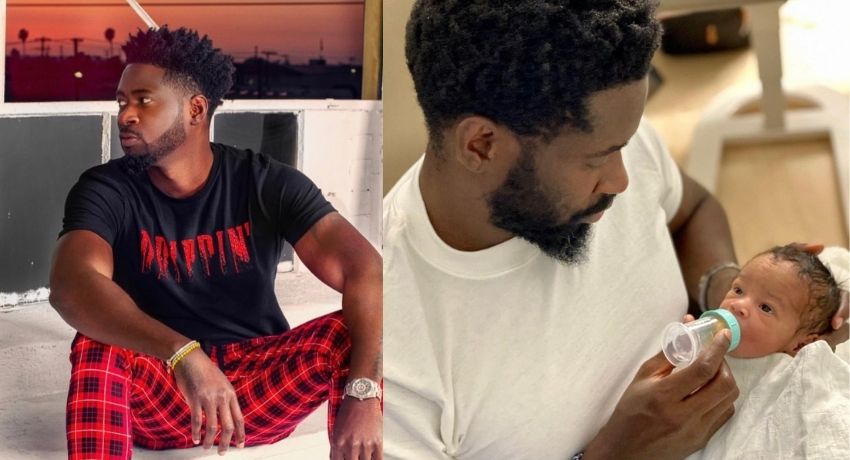 He took to his instagram account early this morning to post a picture and video of his new born son who he called King Zayn. He welcomed his son with his girlfriend who he posted her picture last year while on vacation.

Teebillz could be seen in a hospital room, cuddling cute King Zayn in his arms and feeding him from a bottle. He added that he feels blessed to experience the most amazing feeling once again.

Congratulatory messages have poured in from well-wishers since he made the post.

Teebillz grew up in the United States of America and was educated there. He returned to Nigeria to build a music empire. He is the CEO of the record label 323 entertainment and has managed A-List artists like Tiwa Savage (his estranged wife), CDQ, Iceberg Slim, and Traffic.

Tee Billz who got separated from his estranged wife, Tiwa Savage has since moved on as in August 2020, Billz announced to everyone through his Instagram handle that he had found love again. Accompanying the announcement was a loved-up photo of him with the woman whose name was not given. The couple was reportedly on vacation when he took the pictures and videos of them together. He also went on to post a photo of his heavily pregnant girlfriend in October 2021. In the caption, Bill implied he already had a baby boy with her, as he indirectly told his family.