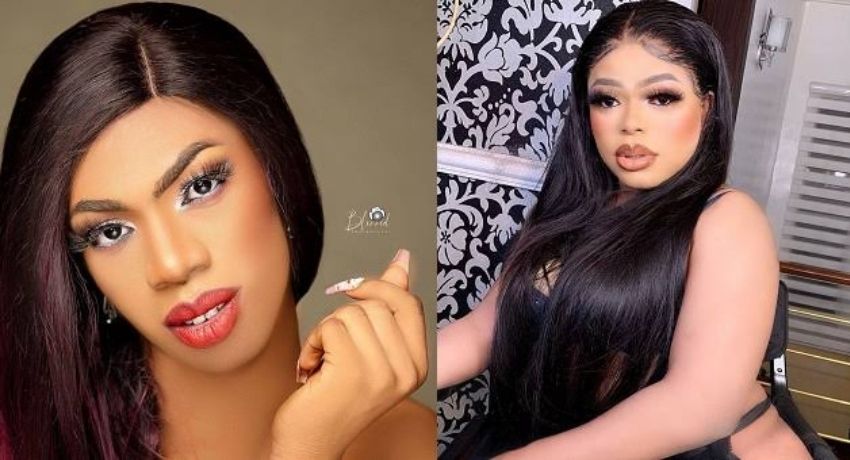 Controversial cross dresser and Bobrisky’s undoing, James Brown has taken to social media to tease fellow crossdresser and self-acclaimed Snapchat barbie, Bobrisky who shared a video on his social media page with the geo-location, Benin city.

Bobrisky had earlier shared the video to debunk claims that he was sent out of Benin city after the row caused by his comment asking the Oba of Benin to come and marry him.

Soon after, a video of a man alleging that Bobrisky took the 12 noon flight out of Benin city made the rounds on social media last night, Bobrisky however shared the video of his geolocation stating Benin city to debunk the claims that he was kicked out of the state.

James Brown however said he does not believe Bobrisky’s claim that he is still in Benin city. He took to his instagram page to share a video of himself as well and added ”Benin city” as his location. He said: