Fans of Simi have surprised her with gift items to mark the singer’s third wedding anniversary with her heartthrob, musician Adekunle Gold.

The 33-year-old unveiled the gifts on her Instagram stories on Monday evening, January 10, 2022. She expressed her gratitude to her fans, who are also known as ‘Simi Army’, for showing her such a kind gesture.

“I don’t know if I’ve said this enough, but I feel like the Simi Army is the best bunch of supporters anyone can ask for. Take it anywhere and tell anybody. I’ll stand by it 100%. I’m just chilling at home, right? And they told me, ‘Come downstairs Simi, we have a surprise for you’,” she said in a video posted on her social media.

The surprise gift box contains photo frames, drinks, customised cards that contain different wishes from the Simi Army. They accompanied the box with an anniversary cake and other items.

Simi and Adekunle Gold got married in a low-key ceremony in January 2019 after dating for five years. The couple is blessed with a baby girl, Adejare.

Videos and card below;

See the card below. 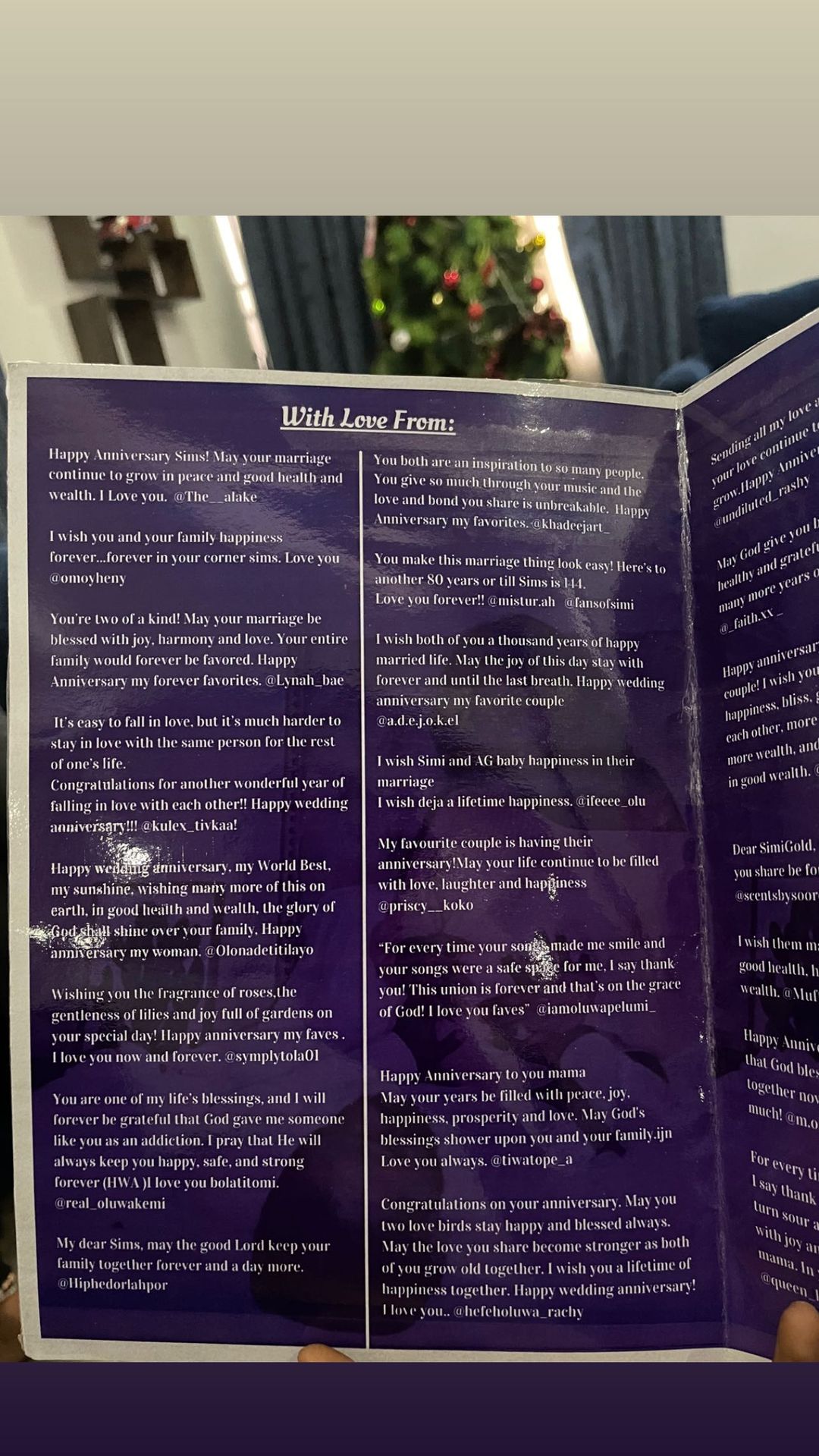 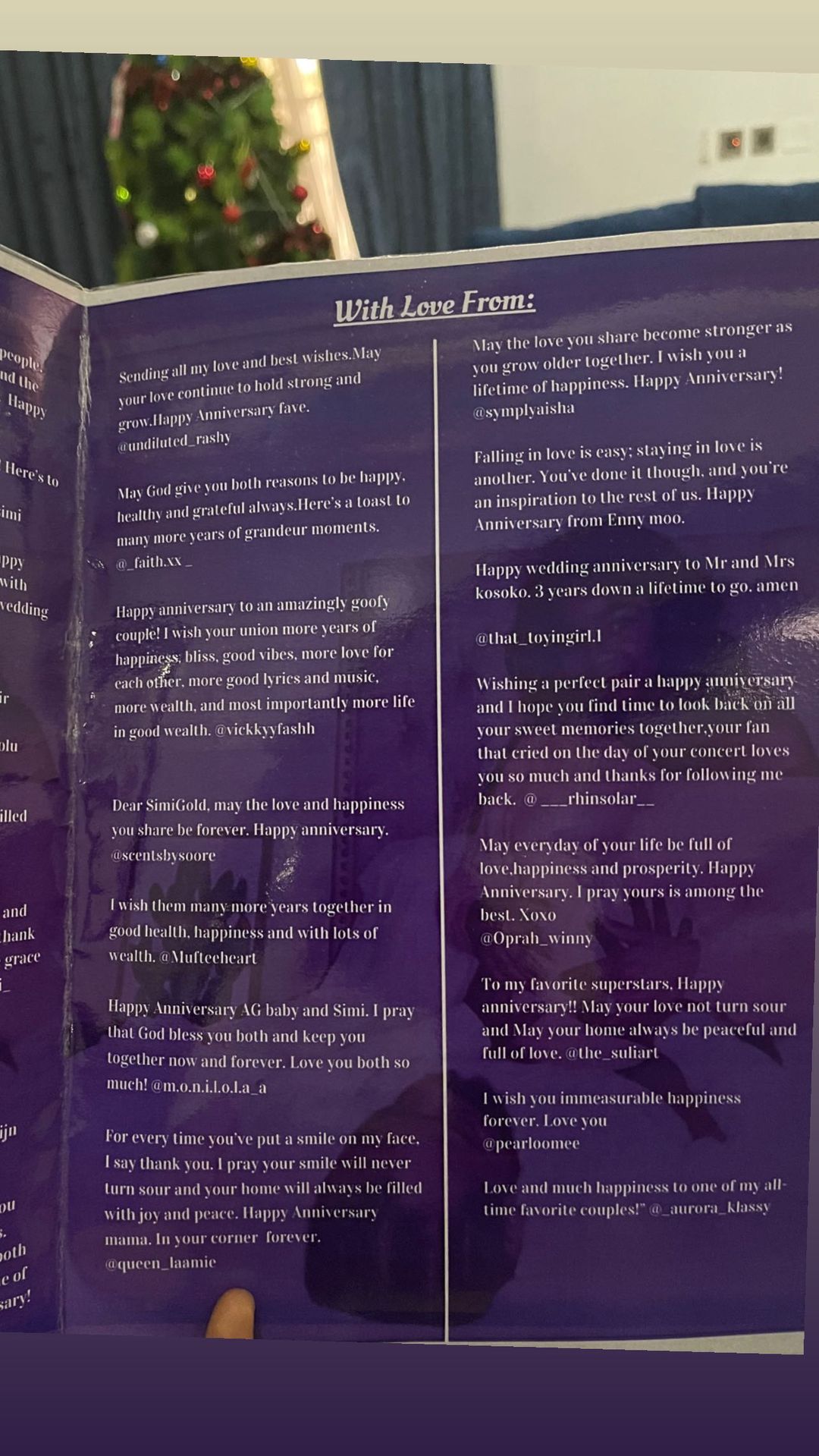