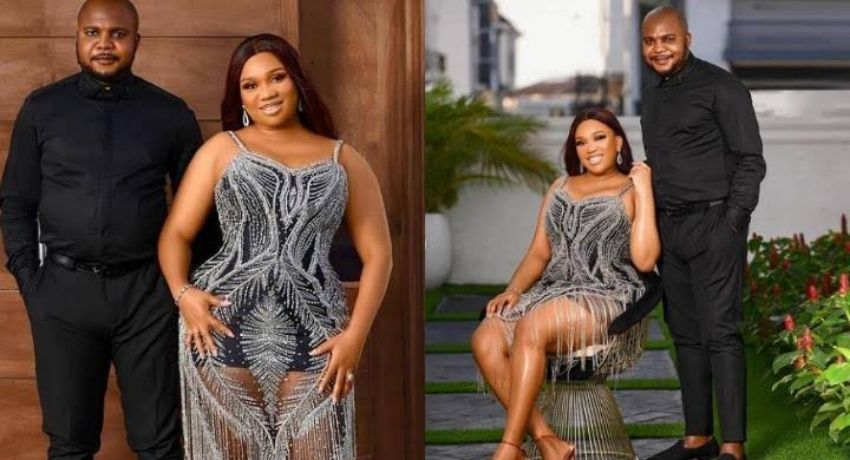 Steve Thompson, the estranged husband of Sandra Iheuwa, one of Ubi Franklin’s baby mamas, has revealed why his marriage to Sandra ended after just 5 months.

Steve said he wasted 45 million Naira to marry Sandra only to discover that Sandra “married for social media, not for the home.”

He added that Sandra fights everyone, including his family members and constantly reminds him that she’s an American and tells him that he married her for her “Green card”.

He said his marriage can no longer work because of Sandra’s “too much use of social media.”

He also claimed that no man can marry Sandra.

He added that she threatened to tarnish his image on blogs if he ends things.

He also alleged that “she leaves the whole place dirty”.

This is Steve Thompson‘s second marriage to hit the wall and he took to social media to reveal that he will now focus on his business.

Sandra who is heavily pregnant with the couple’s first child, also has other kids with other men, including a daughter she shares with Ubi Franklin. 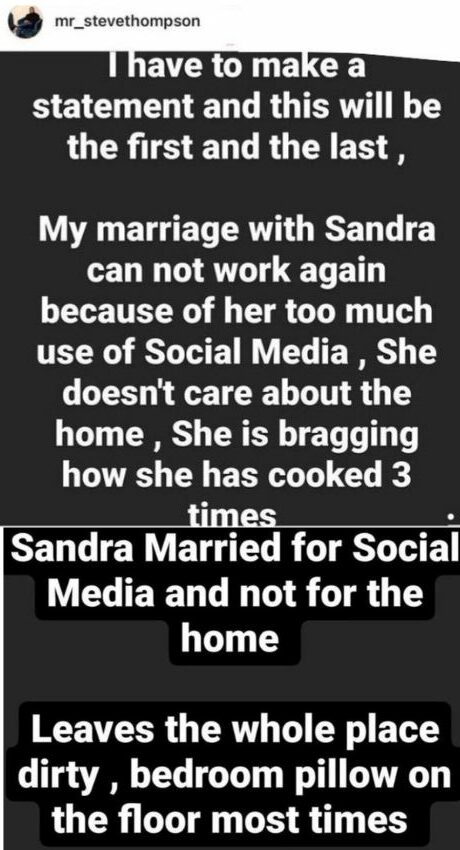 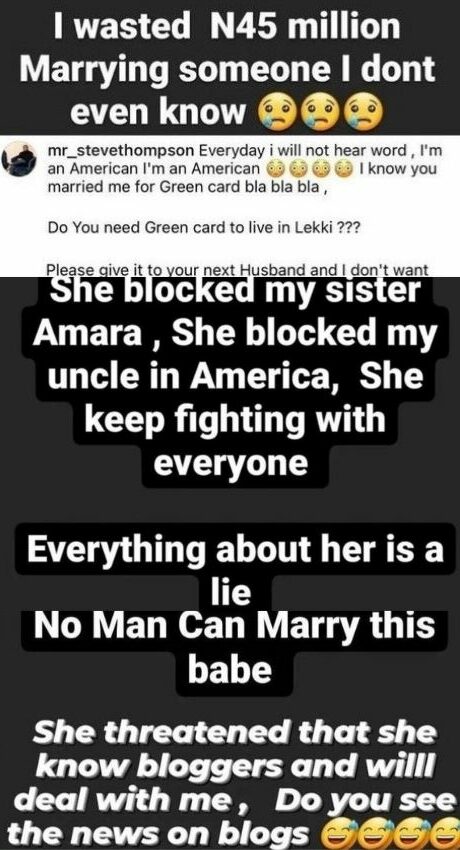 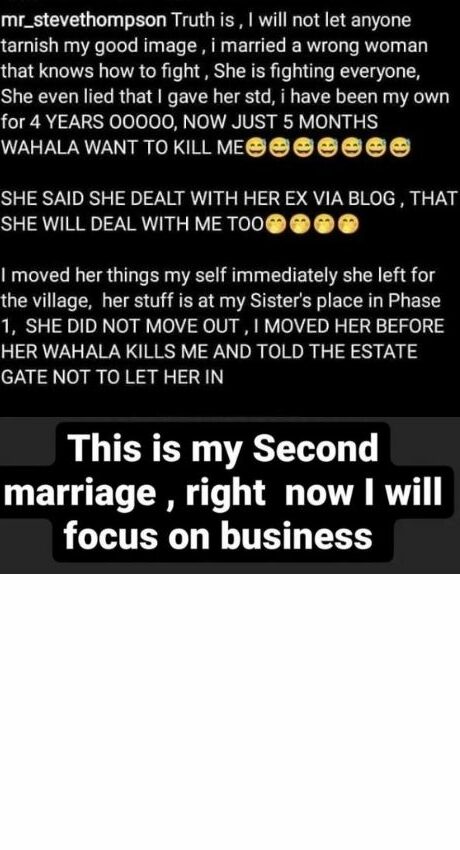