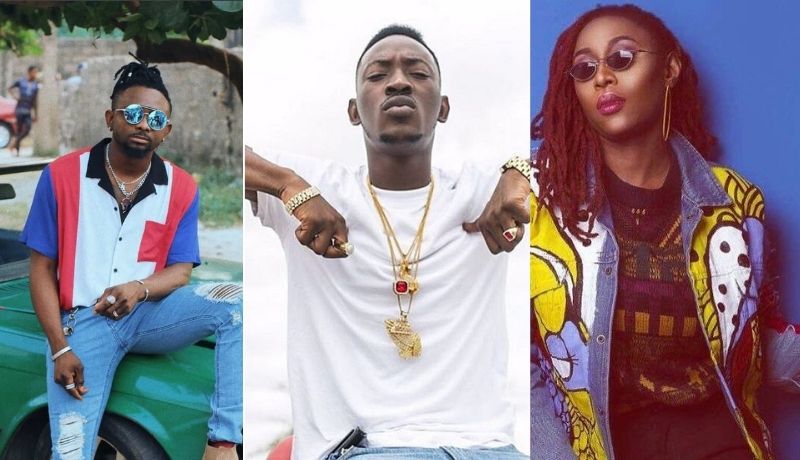 Staying relevant in the Nigerian music industry is a difficult conundrum for artists, just because one move could make or mar them.

Over the years, we have seen many come and go. Some moving from the lower part of the ladder up to the top, and others, from sitting atop the ladder but crashing deeply into oblivion. However, it is hard to authoritatively pinpoint what these two did right or did wrong to arrive at the result that either make or break their careers forever.

Right from the days of ‘hustling hard’ to sell copies of CDs in a pirate-populated industry back in the 90s till the modern days of going digital, fame in the Nigerian music industry has been proven to be a fragile thing that can break without careful handling.

Looking back a few years, there are artists who we feel did not really reach their full potential. One mistake or the other happened, and just like that, a booming career died.

Back in 2015/2016, Cynthia Morgan was one of the hottest female artists in Nigeria, with her hit songs like ‘German Juice’ and ‘Bubble Bup’ dominating TV and radio stations’ airplay.

She was so big back then and had awards to show for it, as well as a movie appearance in the adventurous comedy-drama ‘A trip to Jamaica.’ In 2015, she won the Best Reggae/Dancehall in the South South Music Awards, and Music Artist of the Year Female in the City People Music Award, while also winning the Best Reggae/Dancehall Single at the Headies Award 2015 held 2016.

Things were going on great for Cynthia Morgan till mid-2017 when she got caught in Dammy Krane’s controversial credit card fraud issue which gave her bad PR. The reason for this was not because she was involved in the whole thing but because she was dating Dammy Krane at the time.

Like things couldn’t have gotten worse for her, she fell into a financial crisis in 2018 followed by an issue with her record label which happened to be the final blow to her career.

Although she has been trying to come back into the limelight since then it just can’t be like she enjoyed it back then.

If you are very familiar with the Nigerian music industry, whenever you hear ‘ko le re body,’ Dammy Krane is the first that comes to mind.

The ‘My Dear’ crooner was a big name getting massive airplay from radio stations all over the country in 2012-2013, with awards to show for it. In 2012, Dammy Krane won Rookie of the Year in the prestigious Headies Award, and also got nominated in the Next Rated category in 2013 along with big names like Burna Boy and Pyhno.

With all these, it begs to wonder how he fell from a successful progression to disappearing on the mainstream radar.

In 2017, Dammy Krane faced a felony charge for grand theft, credit card fraud, and credit card theft in the city of Miami, USA and that did big damage to his career as it generated a huge backlash from Nigerians, most of whom started to call him a thief, even though the charges were dismissed. Asides from that, in September of 2019 he was accused by the MerryGold betting company of cyber-bullying and life threat of staff of the company while on air in an interview on Cool FM radio station and this led to him being charged with libel and cyber-bullying risking him 3 years in jail if convicted.

There was a time when the name Sean Tizzle rings and plays on almost all the radio stations in the country.

Whenever anyone says ‘sho le?’ back in 2013, you already know they are referring to Sean Tizzle’s song that dominated the airplay that year. The song was so sensational, it was on the lips of both the young and old.

He sealed his presence in the Nigerian music industry with his album ‘The Journey’ and went on to win a couple of awards for his creative effort on his songs.

In 2013, he won in the Next Rated category at the Headies Award, he won International Act Of The Year at the African Social Awards, he won the Next Rated Artiste at the Nigeria Media Award in 2014, among many others, and you have to not be a music person to not know that Sean Tizzle was a big name.

However, in 2015, his record label, Difference Entertainment signed five new artists and it seemed like Sean Tizzle didn’t take that well. He refused to renew his contract, introducing us to his own independent label. This on its own proved to be a mistake on his part as he has been struggling to get back into the mainstream media since then.

Fame in the Nigerian music industry has proven to be a fragile thing and so far, what we’ve been able to learn is that proper management is important to survive.