Is it true love or are they simply friends? Fans have been wondering what’s actually going on between Kim Kardashian and Pete Davidson since they were first spotted spending time together in October 2021, following Kim’s divorce from Kanye West.

Shortly before Halloween, the Skims creator and the Saturday Night Live star were caught holding hands on a roller coaster ride at Knott’s Berry Farm in Buena Park, California. Despite the fact that the couple was at the theme park with other people, including Kourtney Kardashian and her fiancé, Travis Barker, their intimate moment made the news. 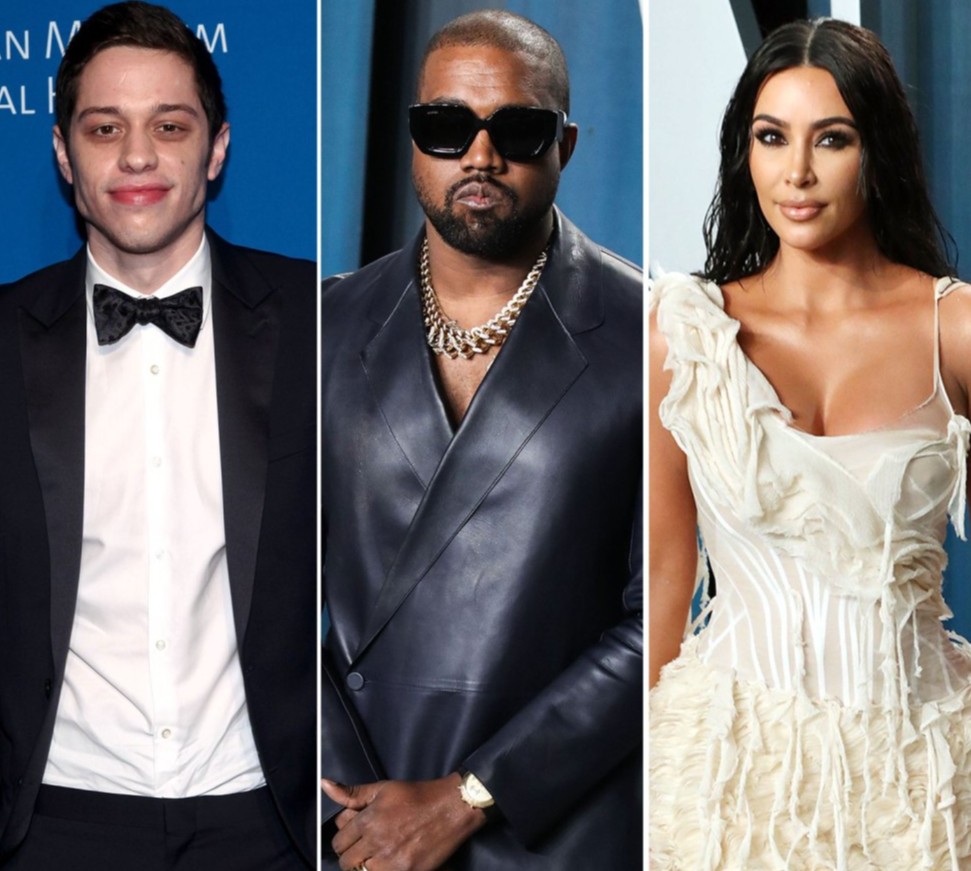 “Kim and Pete seemed like good friends,” an eyewitness told Us Weekly at the time, adding that the group was escorted by multiple security officers. “Kim appeared to be really relaxed. She appeared to be attempting to conceal herself.”

Fans of both the comedian and the KKW Beauty mogul were surprised by the pairing, but they do share many connections and acquaintances. Machine Gun Kelly, who is close to Barker, is BFFs with Davidson, and Kelly’s girlfriend, Megan Fox, is friendly with Kourtney. (In September 2021, the latter two paired together for a raunchy Skims marketing campaign.)

But it’s Kim’s estranged husband, Kanye West, who frequently collaborates with Davidson’s chum Kid Cudi, who they share the most in common. In 2019, the comedian attended a birthday dinner for the “Pursuit of Happiness” artist, which was also attended by the pair popularly known as Kimye. 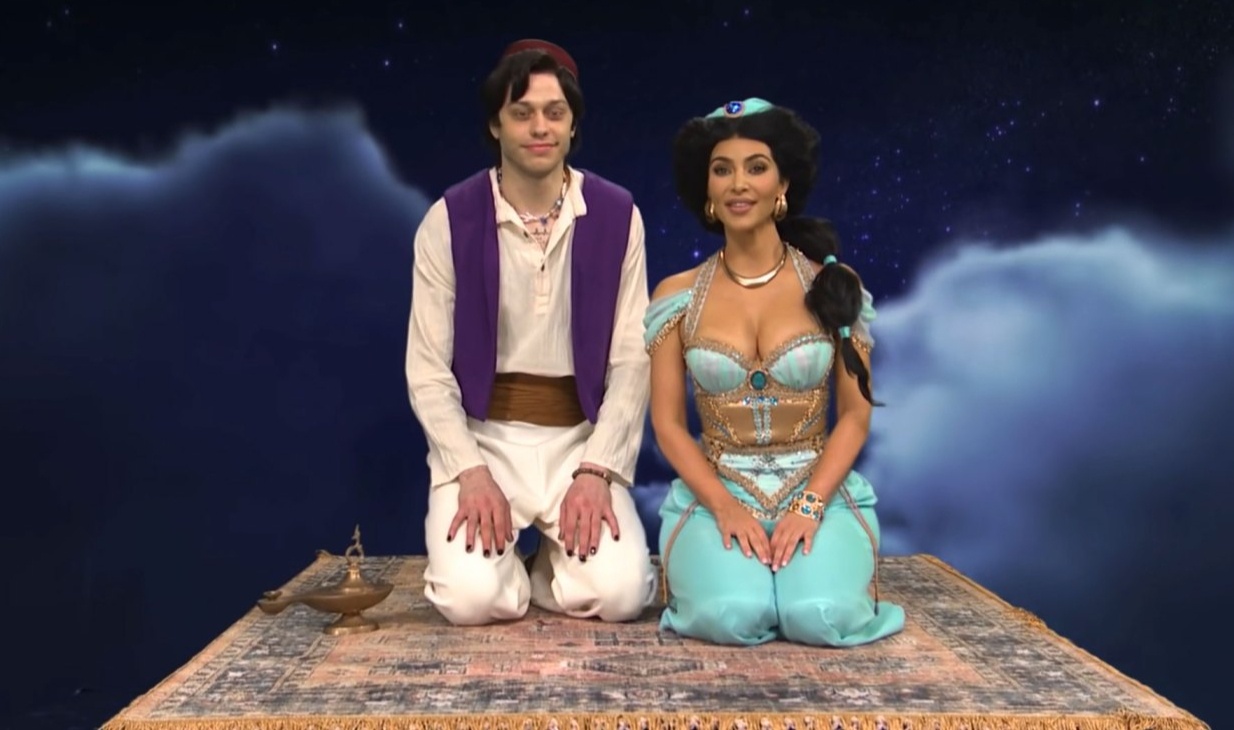 Kim had not been officially linked to anyone since she announced her split from West until she was pictured with Davidson. According to a source, the Keeping Up With the Kardashians alum wasn’t ready to put herself out there again until June 2021.

“She’s not interested in dating right now,” the insider explained at the time, “but she’s worried that guys won’t want to date her because of how public her relationship with Kanye was.” “She also understands how difficult it is to gain someone’s trust, so she believes it will take time before she opens up about her personal life.”

After five months of dating, the King of Staten Island star called it quits with Phoebe Dynevor in August 2021. “The separation strained the relationship and made it difficult to sustain,” a source told Us of the breakup. (Davidson is from New York City, whereas Bridgerton is from the United Kingdom.) 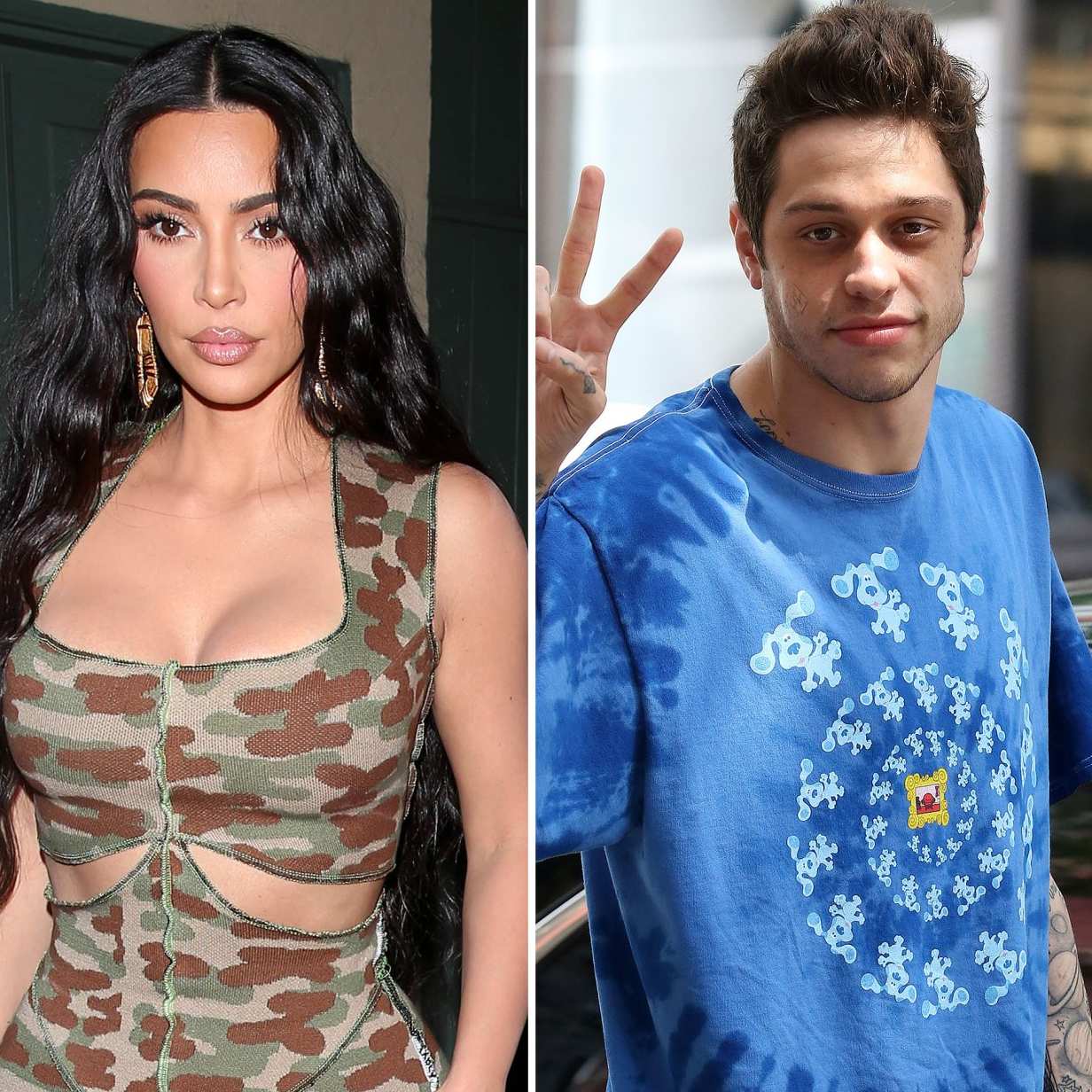 Continue reading to learn everything there is to know about Davidson’s and Kim’s relationship:

Davidson related a story about how he got sucked into paying for Kid Cudi’s birthday dinner at Nobu that year, which was also attended by Timothée Chalamet, Kim, and West, during an April 2019 interview on The Tonight Show Starring Jimmy Fallon. The Suicide Squad star told Jimmy Fallon, “Kim and Kanye [are] the cutest pair ever.” “People who are incredibly nice. With them, I had a great time.

Aladdin and Jasmine are two characters from the Arabian Nights.

The Ride on the Roller-Coaster

After the couple’s night out at the theme park, an insider told Us exclusively, “No one really knows what’s going on with Kim and Pete.” “Right now, they’re simply friends, but things may turn romantic.” Meanwhile, a second source said the law student was “surprised” by how much chemistry she had with the comedian. 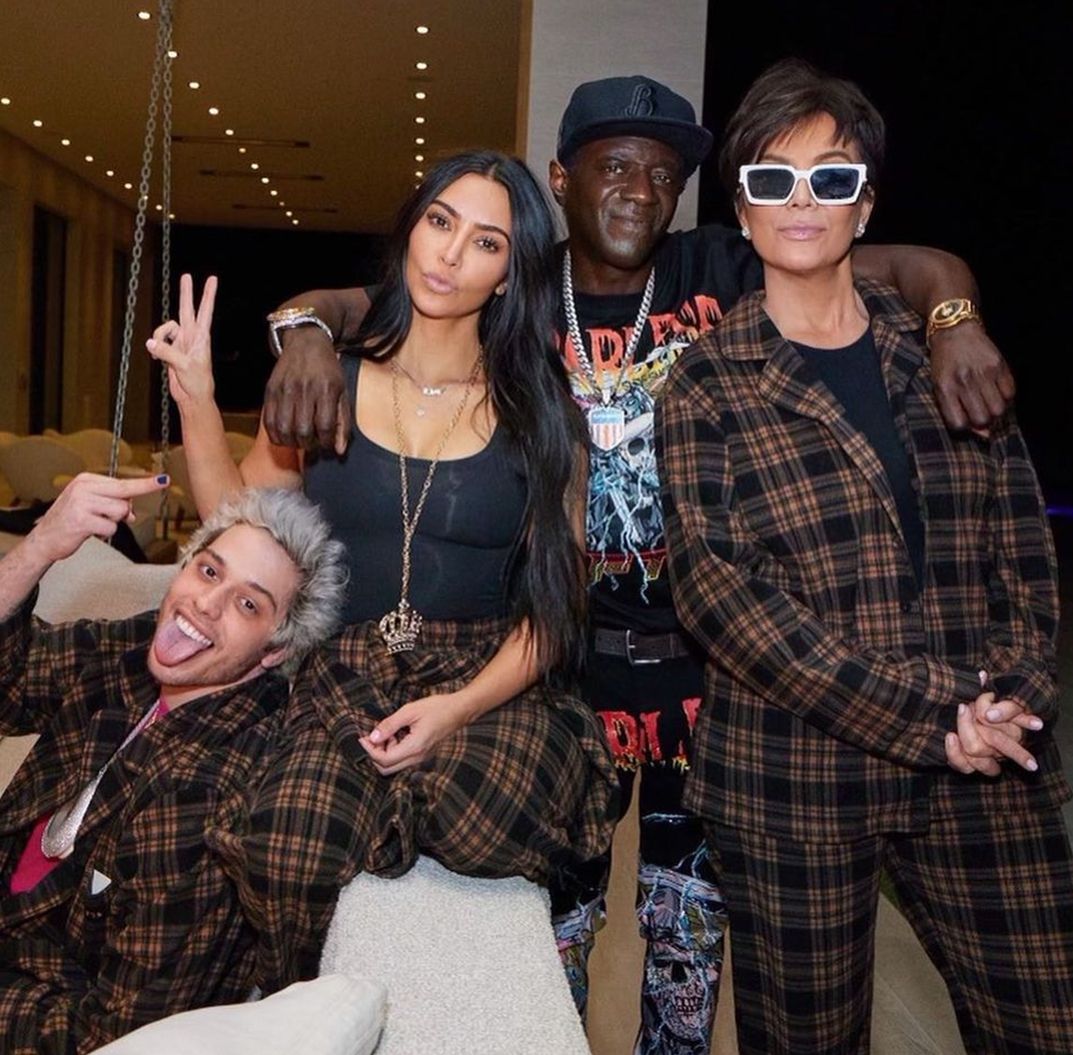 In November 2021, only days after their visit to Knott’s Berry Farm, the two reunited in Davidson’s hometown of New York City for dinner at Campania on Staten Island. The twosome entered through a back door and “shared a couple of pizzas” in a private dining room, according to an eyewitness.

Davidson and Kim dined with friends at Zero Bond in Manhattan the day following their pizza supper. The two arrived at the restaurant individually, according to Us, and were subsequently joined by a group.

In November 2021, Davidson celebrated his 28th birthday with Kardashian and her mother, Kris Jenner. The trio donned matching plaid pajamas, presumably from Kardashian’s Skims collection, in photos posted by Flavor Flav, who also attended the tiny party. While the location of the party is unknown, the decor in Flav’s Instagram photographs appears to be quite similar to Jenner’s Palm Springs, California home.

The Hand That Is Being Held

After weeks of speculation, Davidson and Kardashian appeared to confirm their relationship in November 2021 when they were caught holding hands in Palm Springs, California. Following a birthday celebration for Davidson, they were dressed informally.

“Their chemistry is off the charts and becoming stronger each passing day,” a source told Us at the time, adding that the beauty mogul “lights up” around the comedian 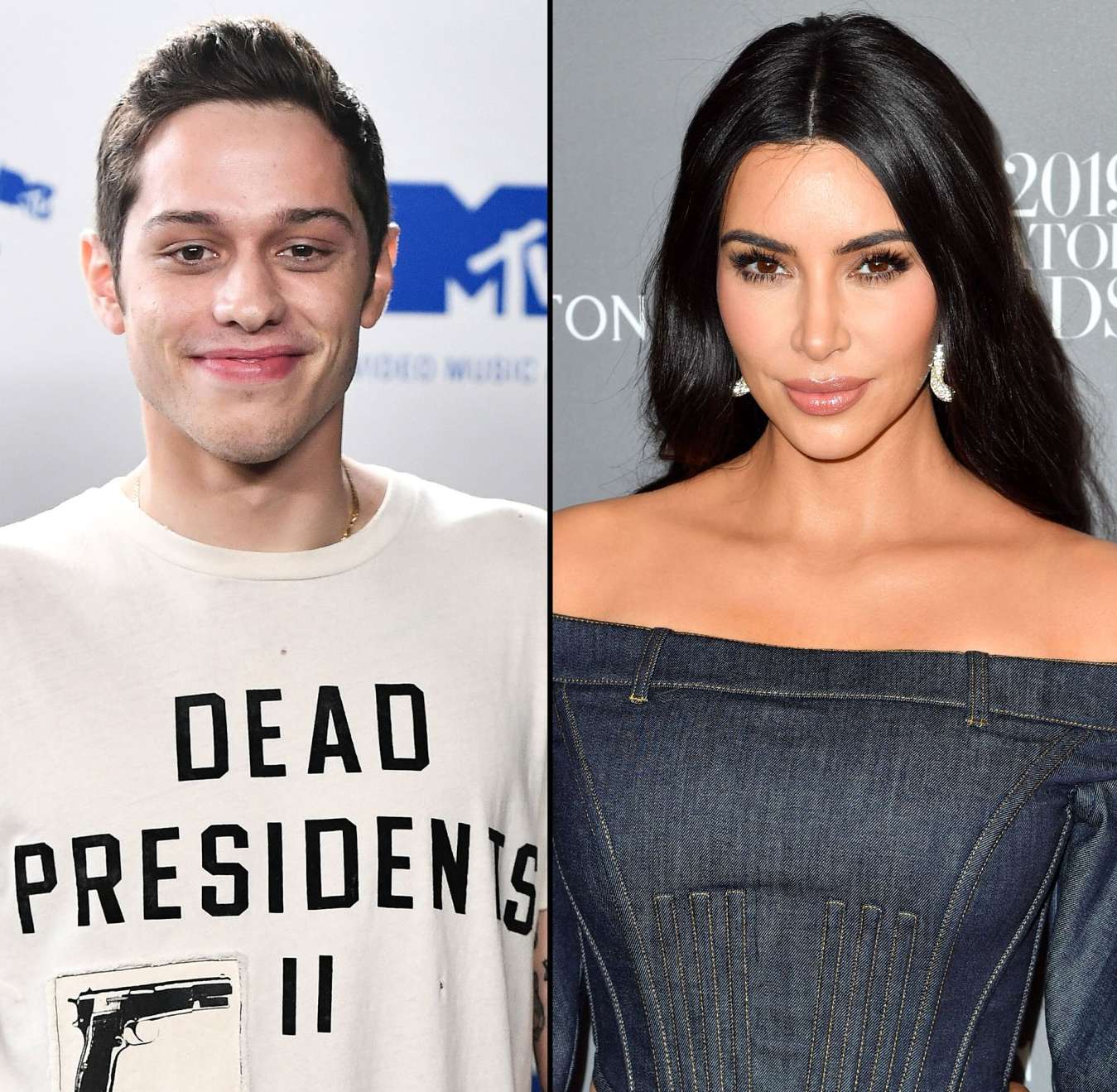 In a Lamborghini, Davidson took Kardashian to Giorgio Baldi, a family-owned Italian restaurant in Santa Monica, California. The two “weren’t trying to hide,” according to a witness, and were “cuddled up and looked cozy” while enjoying wine and food. In paparazzi images from their night out, fans saw what seemed to be a hickey on Davidson’s neck.

Breakfast with a Twist

There aren’t always Italian sports vehicles and crowds of paparazzi on every date. Paul Barewijk, a Dutch music writer, was on vacation when he saw the new couple having breakfast at the Beverly Hills Hotel and took a few photos with them.

Scott Disick joined Kardashian and Davidson at Angelina’s Ristorante in Staten Island in December 2021. According to a source, the outing had a special importance for the comedian, who told Us, “Pete has been a long-time patron of the restaurant. It appeals to him. It’s his mother’s favorite restaurant, and he takes her there frequently.” 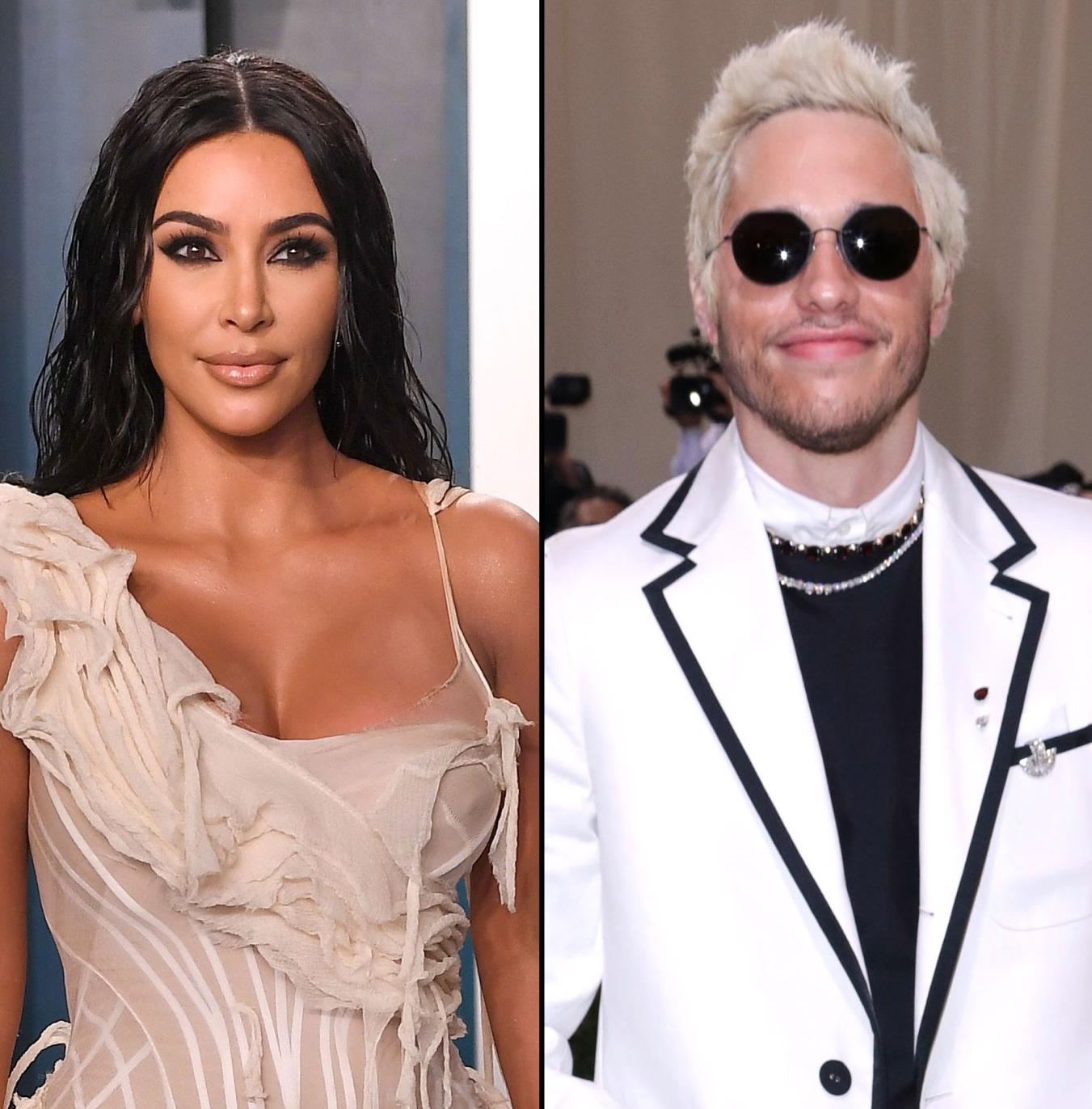 According to the insider, the couple “definitely” hoped to return to the restaurant.

Date for a Movie on Staten Island

The two were photographed at a Staten Island movie theater just after SNL announced that Paul Rudd’s show would be cut due to fears of a COVID-19 outbreak. Davidson was caught smiling after leaving the Four Seasons Hotel in Tribeca, where the reality star was staying on her New York trip, during the December 2021 outing.

A source informed Us at the time that Kardashian had been having an affair “”They’re certainly not disguising their affection,” she says of her time with Davidson. They appear to simply want to be able to do things that any other couple would do and have fun together.”