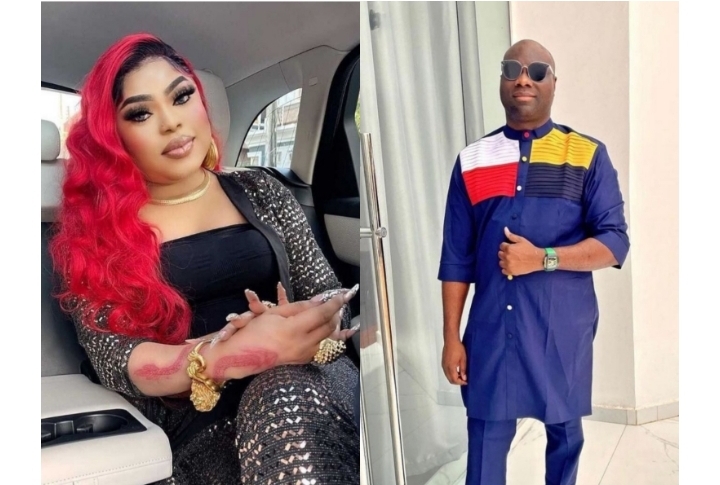 Controversial Nigerian cross-dresser, Bobrisky has reacted to the rearrest of Mompha by the EFCC.

Bobrisky declared on Instagram that he stands with Mompha.

Nigerian businessman, Ismaila Mustapha aka Mompha, was arraigned in court on January 12, 2022, after being re-arrested for cyber fraud and money laundering.

Reacting, Bobrisky who engaged in a savage online fight with Mompha only weeks earlier, revealed that he stands with the businessman.

He then called out those who were with Mompha when the going was good but have now abandoned him and are talking bad about him.

He wrote:
“Like have always say it and i will continue to say it,have known you to be a strong Mompha not a weak man. It hurt to see people hailing you on ur page are still d same people commenting trash on blog about you. Human being are d first people we should run away from before anything… I stand and re stand with you. Everything will be over soon because I know you can handle dis, it’s just a little distraction”