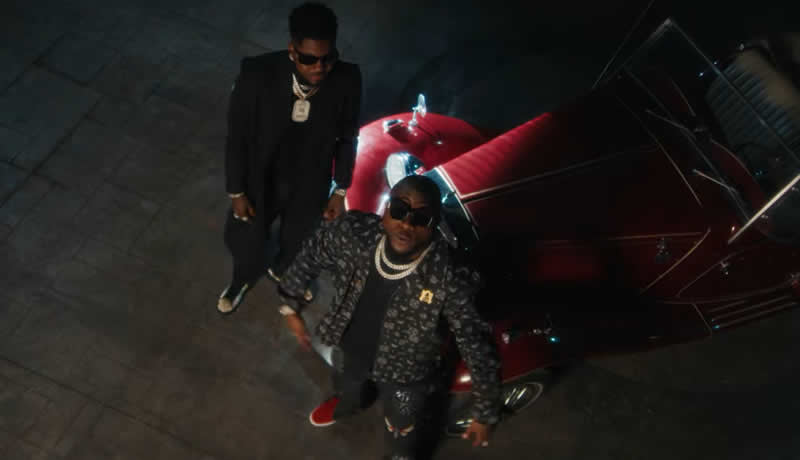 For days now, Skiibii and his management team have been disturbing social media with the announcement of ‘Baddest Boy (Remix)’ video featuring DMW boss, Davido.

Now, the music video is out and we can confidently say it’s a beautiful one. However, not as outstanding as the publicity they built around the Kemz-directed footage.

‘Baddest Boy (Remix)’ flick presents Skiibii and his men in all black attire. These men serve as the musician’s bodyguards, protecting him and his territory.

Davido, known for his dominant trait, plays the role of a boss who is confident and fearless.

The video gave our eyes a treat to some delectable ladies in all-white attire while giving us a peek into Skiibii and Davido’s lavish lifestyles.