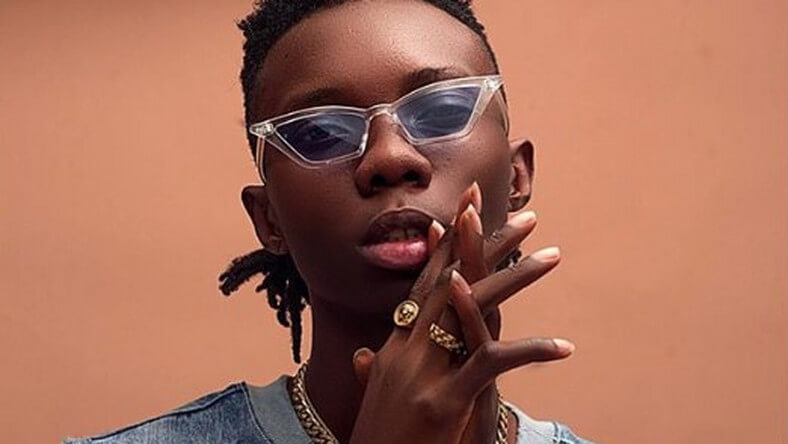 Nigerian singer and rapper, Emeka Akumefule, professionally known as Blaqbonez has recounted how his mother made him give his first earnings as an artiste as first fruit.

The ‘Sex over love’ singer recounted the story on his official Twitter page on Monday.

In his words: “When I made my first 200k and I wanted to buy studio equipment my mum carried me to go and give pastor as first fruit”.

The Chocolate City artiste also narrated some hurdles he had to overcome on his journey to stardom.

“I TOOK THE LONGEST ROAD TO SUCCESS IN THIS MUSIC TING, I FUCKING DROPPED 8 MIXTAPES, WHEN I LOOK BACK IT DON’T MAKE SENSE THAT I DIDN’T GIVE UP. AT SOME POINT I HAD TO PRODUCE MIX AND MASTER MY SHIT COS I WAS DROPPING EVERY WEEK, LIKE 50 SONGS A YEAR. WHICH MONEY I GO USE PAY PEOPLE??

THE FIRST MIXTAPE I RECORDED, SOUND ENGINEER CALLED ME TO SAY HIS SYSTEM CRASHED AND EVERYTHING WAS LOST, I FELL TO THE GROUND ON THE MAIN ROAD IN TEARS, COS OMO I WAS TRAVELING FROM OAU TO LAGOS EVERY WEEKEND TO RECORD IT”.