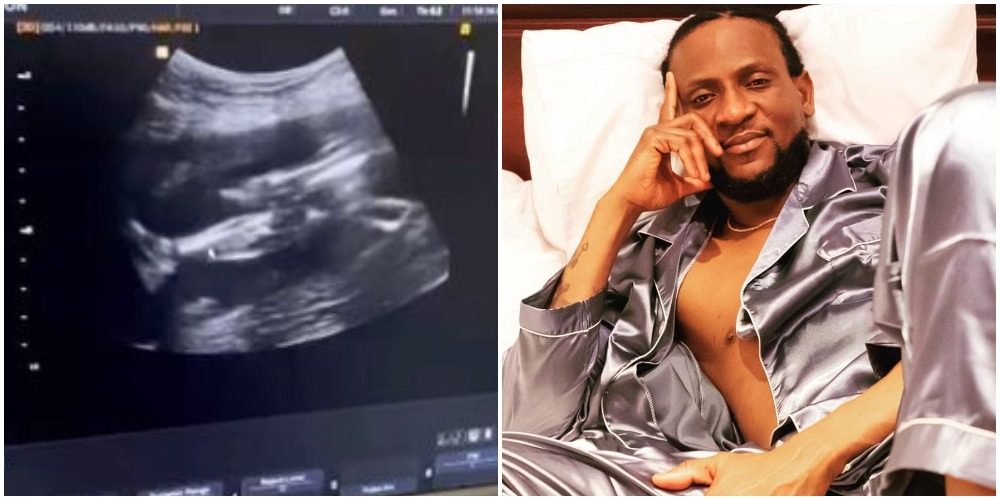 Former Big Brother Naija Pepper Dem Gang housemate, Omashola Oburoh, is a now a proud new dad as he has welcomed a baby boy with his fiancee.

The excited reality TV star announced the cheering news on his Instagram page on Tuesday.

Sharing a picture of himself opening a bottle of wine, he wrote, “It’s a boy.”

This comes barely a week after he shared a video of his fiancee at the hospital undergoing a pregnancy scan. The video showed a sonogram which showed the baby’s movement in the womb.

“All these years, I was thinking my ‘pee pee’ doesn’t work. Finally, we got a very long leg start,” he captioned the video.

Omashola had marked the beginning of the year with the news of his proposal where he shared a video that suggested that he proposed to his girlfriend under the water.

He had captioned the video, “2021 has a lot of secrets but my biggest highlight was when she said YES and the rest is history. Please don’t ask me what happened. Happy New Year.”

Omashola was one of the housemates that made BBNaija season four show interesting with his Warri accent and mien.

While on the show, his loquacious personality endeared him to viewers and won him many fans as well