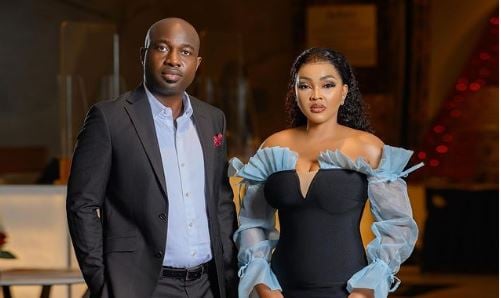 According to Islam, my husband Kazim Adeoti is entitled to more than one wife – Mercy Aigbe

Nigerian Actress Mercy Aigbe has stated that according to Islam, her husband Kazim Adeoti is entitled to marry more than one wife.

The 44-year-old made this known in a message sent to TVC presenter Morayo Afolabi-Brown during her talk show Your View published on Thursday.

According to Morayo, Mercy sent the message to her on Wednesday night to clear the air on her marriage to Kazim Adeoti, a movie producer. 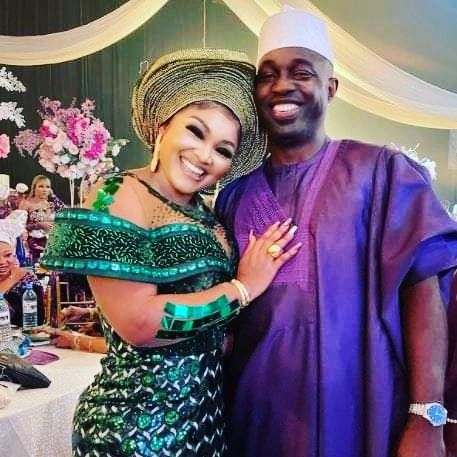 Morayo said: “Mercy Aigbe had called me because she felt that we were misleading the direction of our conversation. According to her, her current husband which she recently got married to and her ex were never friends.

“And secondly she told me that ‘Morayo the man is a Muslim he is entitled to more than one wife. Yes he had issues with the first wife so he is not marrying her as a second wife’. And she has accepted to be a second wife. Doesn’t she deserve to be happy?”

“She was really upset that people were going to her DM threatening her kids and this has nothing to do with her children.”

The actress got social media buzzing after the announcement of her new marriage made it to the internet.

Reacting to the post, her ex-husband Lanre Gentry posted a throwback photo of himself, Mercy, Kazim and his wife Funsho saying that the truth was finally out.

“At least I thank God the truth is out, this is just one out of many to God be the glory. I don’t need anyone’s comment,” he wrote.

Mercy left her marriage to Gentry in 2017 on allegations of domestic violence and infidelity.

The estranged couple has a son together.